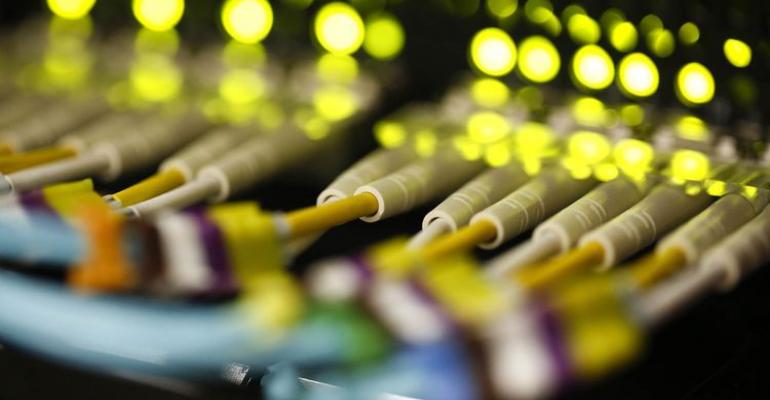 The kind of artificial intelligence developed by Google’s DeepMind, or typing prediction from Microsoft-acquired SwiftKey are drawing an increasing share of European venture funding.

BLOOMBERG - For years, the rap on Europe’s technology scene was that it was dominated by consumer-oriented e-commerce companies, some of which were blatant knock-offs of successful U.S. businesses, while the real pioneering innovation was taking place back in Silicon Valley.

That is no longer the case, London-based venture capital firm Atomico says in its latest annual report on the state of European tech. Startups focusing on deep technology -- which would encompass the kind of artificial intelligence developed by Google’s DeepMind, or typing prediction from Microsoft-acquired SwiftKey -- are drawing an increasing share of European venture funding. Deep tech accounted for $1.3 billion of European venture investments in 2015 and an estimated $935 million this year, up from just $289 million in 2011, Atomico said in its report, which was jointly commissioned and released in conjunction with the Slush technology conference in Helsinki, Finland.

This deep tech investment is significant given that overall venture funding in Europe has plateaued at an average of $3.3 billion per quarter over the past seven quarters, Atomico said. This level is significantly higher than the funding levels seen prior to 2015, according to the report.

"The future of technology is increasingly being invented here on the ground in Europe," Tom Wehmeier, Atomico’s head of research, said in an interview. Atomico is headed by former Skype founder Niklas Zennstrom.

This year there were 282 rounds of investment into deep tech businesses, up from just 55 in 2011, the report said. And those companies are not only in the traditional technology hubs of London and Berlin, but spread out to countries such as Finland, Estonia and Switzerland. Atomico identified Munich, Madrid, Zurich, Lisbon and Copenhagen as emerging tech hubs to watch in the coming years.

Wehmeier highlighted that U.S. technology companies are increasingly developing significant engineering divisions in Europe. The appetite of these firms for European startups with deep technical expertise has been voracious, with the five largest U.S. tech companies -- Alphabet Inc., Amazon.com Inc., Apple Inc., Facebook Inc. and Microsoft Corp. -- making at least one acquisition a month between the start of 2014 and the end of September 2016, according to Atomico’s report.

While some European investors and politicians have bemoaned such acquisitions for robbing Europe of the chance to build champions of similar stature to the largest U.S. tech companies, Wehmeier said they helped seed burgeoning tech hubs throughout the region. "These deals help to put the European tech ecosystem on the map," he said. "And they release talent and angel capital back into the ecosystem."

Tech funding remains high compared to the years before 2015, and is on track to possibly exceed 2015’s annual record of $12.6 billion, Atomico said. The number of investments already exceeds last year’s high, with 2,136 funding rounds announced in the first nine months of 2016 compared to 2,077 in all of 2015.

Atomico did find a clear decline in the number of investment rounds worth more than $25 million. Wehmeier said some of this slowdown was due to German startup incubator Rocket Internet SE raising fewer large rounds for its portfolio of e-commerce companies, but that investor appetite was weaker for deals this size. "Our view is that this is not necessarily a bad thing," he said, arguing that in the past some companies raising large rounds overexpanded and got into trouble.

The venture firm also found that European tech firms continue to find it harder to raise late-stage financing from investors in the region than their peers in the U.S. It said that this "funding gap" amounted to about $25 billion annually. Some of this gap exists because, unlike in the U.S., European universities don’t have multi-billion dollar endowments. But, the report said, the entire gap could be closed if European pension funds, which traditionally have shied away from investing in young tech companies, could be persuaded to place an additional 0.6 percent of their assets under management into venture capital.

Right now, U.S. venture funds help fill some of this hole. This year, about 27 percent of all venture funding in Europe came from U.S. firms, up from 24 percent in 2011. And there are more coming, with at least 150 making one investment in Europe in 2016, Wehmeier said. Sources of capital from within Europe are becoming more diverse: the U.K. and Ireland’s share of European venture funding has declined to 21 percent this year from 31 percent in 2011, while funding from firms based in Germany, Austria and Switzerland and the Nordic region has grown in relative terms.

In a survey of European tech founders, investors, employees and students conducted for the report, Atomico and Slush found little impact from Britain’s vote to leave the European Union. Eighty-two percent of U.K. tech founders said the Brexit decision had so far had no impact on their business. U.K. survey respondents were also slightly more optimistic about Europe’s tech scene in general than others. Forty-eight percent said they were more positive about it than a year ago, compared to 46 percent of all respondents. Overall, only 12 percent of those surveyed said they were more pessimistic about tech in Europe than in 2015, while the remainder said their feelings were unchanged.