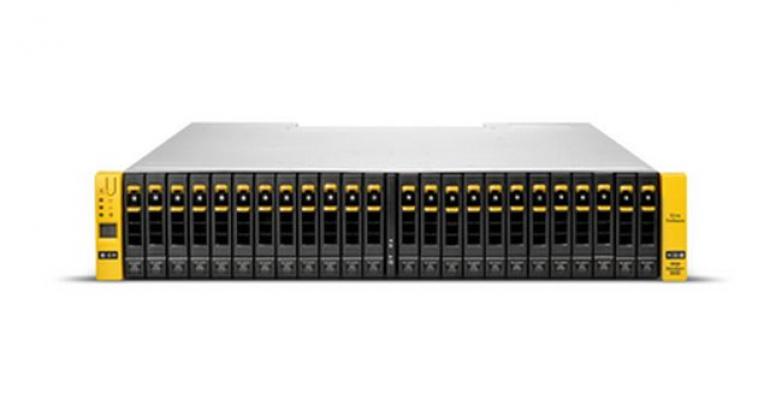 In a kickoff announcement just prior to its annual Discover conference in London, HPE told attendees it has begun offering its 3PAR StoreServ flash-based on-premise storage platform on an “as-a-Service” basis, at prices starting at 3 cents per “usable gigabyte” per month.

There are telltale asterisks accompanying that announcement, suggesting that customers may be subject to qualification terms.  We’re waiting to hear more from HPE as to whether setup fees or minimum purchase requirements may apply.

The company says it intends to be competitive against public cloud-based storage options.  The phrase, “less than half the cost of public cloud” appears in today’s announcement, and it will be interesting to see HPE’s formula that yields these results.  As of December 1, Amazon Web Services’ price for standard S3 storage will start at 3¢ per GB per month, and progress downward to 2.75¢/GB/month in quantities over 5 PB.

The new service, which HPE will market under the brand 3PAR Flash Now, is available now, according to the company.  A similar service offering tape-based backup on HPE’s StoreEver platform, with a base price of 1¢/GB/month, also launches today.

The move this week by HPE is far from the premier entry for flash storage being offered as-a-service.  This time two years ago, Nimble Storage began offering what it called its “Adaptive Flash Platform,” blending solid-state and magnetic storage under what it described as a “pay-as-you-grow” model.  Competitor Tegile Storage also began offering a similar service at that time.

UPDATE 2:30 pm ET 30 November 2016:  Following the initial publication of this story Tuesday, a spokesperson for Zadara Storage contacted Data Center Knowledge to state the company was "bummed out" that we neglected to mention it, in relating our brief history of flash storage-as-a-service.

A November 2012 Zadara company blog post indicates that solid-state storage was an option for customers at that time, at least for those wishing to host Oracle database instances in the Amazon AWS cloud.  When asked whether per-gigabyte-per-month storage was an available purchase option back then, Zadara COO Noam Shendar responded, "Yes, yes, 1,000 times yes. . . We have never had up-front fees or commitments in the cloud.  This was always priced per-unit-per-hour, with the ability to grow, shrink, or cancel anytime."

Shendar has contributed his insights to Data Center Knowledge in the past, so we felt it appropriate that we go back in and patch any holes in our history we may have left open.