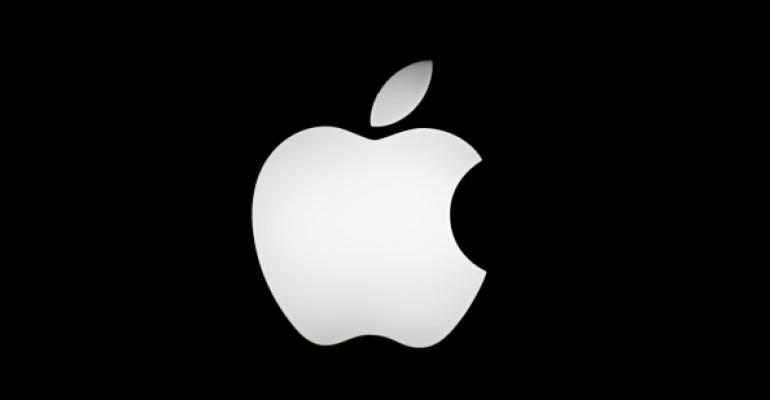 What would be one of the most high-profile European investments for Apple is an even bigger deal for Ireland Inc. in what’s turned out to be a torrid year.

BLOOMBERG - "An Apple a day keeps the bank man away -- stop objecting!”

So read the handwritten sign in Athenry, the tiny village close to Ireland’s Atlantic coast chosen by Apple Inc. for a vast $1 billion data facility. The message was for three people contesting the potential environmental impact and economic benefits from locals worried the company might scrap the project because of more than a year of delays. Meanwhile, the forestry site remains untouched before a judge hears another round of arguments in March.

“This doesn’t just affect Athenry, but it affects Ireland as well,” said Paul Keane, 39, whose family has lived in the area for generations. “If Apple is turned away, what does it say about Ireland? It’s right that we have a fair and open system, but it can’t be dragged out.”

What would be one of the most high-profile European investments for Apple is an even bigger deal for Ireland Inc. in what’s turned out to be a torrid year.

Britain’s vote to leave the European Union has threatened to upend arrangements with one of its largest trading partners, while Donald Trump’s election victory might undermine Ireland’s status as a haven for U.S. companies in Europe. That was already in question after the EU ordered Apple to pay 13 billion euros ($13.8 billion) relating to its Irish tax arrangements. Both the company and government are appealing.

For some, Athenry illustrates a deeper issue: the difficulty executing large infrastructure developments in Ireland compared with other countries regardless of how attractive the tax regime might be. Apple has already broken ground on a similar project in Denmark that Chief Executive Officer Tim Cook announced simultaneously more than 18 months ago.

At that point, Cook expected the Irish data center to start operations in 2017. Now, it’s unlikely the project will be completed before March 2019 at the earliest based on the timeline company laid out at planning hearings. When asked about the delays, Apple pointed to Cook’s comment in September following the EU tax decision that the company remains “committed to Ireland.”

The data center in the Derrydonnell forest is due to cover 166,000 square meters, the equivalent to about 23 soccer fields on completion. When Cook announced his plan, it was welcomed in a region that had become a byword for economic gloom, immortalized in a folk ballad in the mid-19th century.

Quickly, the project became bogged down in planning objections. Last week, a Dublin court agreed to fast-track a second legal challenge to the planning approval, though that still means the case won’t be heard for another four months. While the court probably won’t block the center altogether, it could send the project back into the planning process if it finds flaws in the earlier procedure.

Two of the objectors making the court challenges, Allan Daly and Brian McDonagh, declined to comment, while a third, Sinead Fitzpatrick, didn’t respond to calls to her office seeking comment.

A flavor of their objections can be found in the submission by the Concerned Residents of Lisheenkyle made during the planning process. That includes concerns that the development may hurt the biodiversity of the wood, the lack of services linked to it and the limited employment associated with data centers.

Local supporters fear that Apple may grow impatient, prompting community leaders to organize a rally in favor of the project earlier this month. Organizers say a couple of thousand people showed up, including children carrying signs emblazoned with “‘Athenry for Apple” and “Athenry says Yes.”

“It was a gesture of solidarity with Apple, to show that the vast majority of people in the area support the project, ” said Peter Feeney, a local councilor with Prime Minister Enda Kenny’s Fine Gael party. “There are only a few opponents. People are beginning to get fed up. This project means an awful lot to the area.”