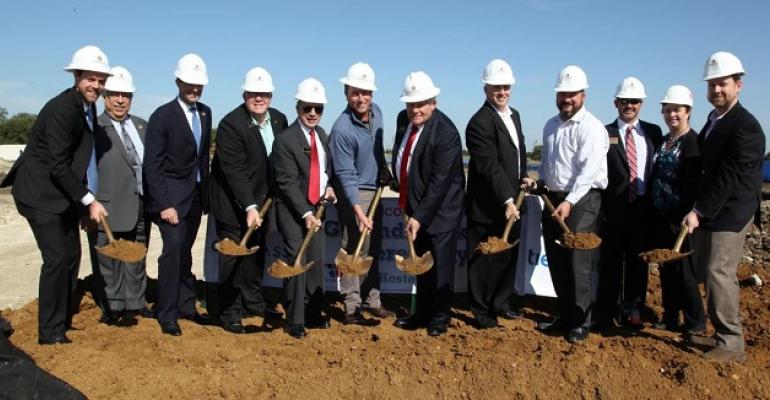 In an interview with Data Center Knowledge, TierPoint CEO Jerry Kent reviewed significant 2016 achievements which will set the stage for growth in 2017, and beyond.

TierPoint has continued to execute on an acquisition and organic growth strategy for more than a decade. The company now employs 850-plus associates who deliver services around the clock to over 5,000 customers nationwide.

In the past 12 months, the pace of acquisitions reached a crescendo with the $575 million acquisition of Windstream Hosted Solutions, and the Q1 2016 purchase of Midwest data center provider Cosentry, for an undisclosed sum. In December 2015, TierPoint entered the Chicago market to service an existing client with the acquisition of AlteredScale.

In September, the company announced an investment of $20 million to develop a 16,000 square foot initial phase of a planned 90,000 square foot campus in Allen, Texas, to be built by Compass Data Centers. TierPoint has invested a total of $45 million this year in data center expansion projects, including an announcement last week of a $13 million expansion of its Baltimore and Marlborough (Boston Metro West) data centers.

TierPoint now operates a fleet of 39 data centers, totaling over 650,000 square feet, located in 20 US markets, spread across 18 states. Based on last quarter's annualized run-rate, TierPoint now generates $370 million of revenue per year according to company management. 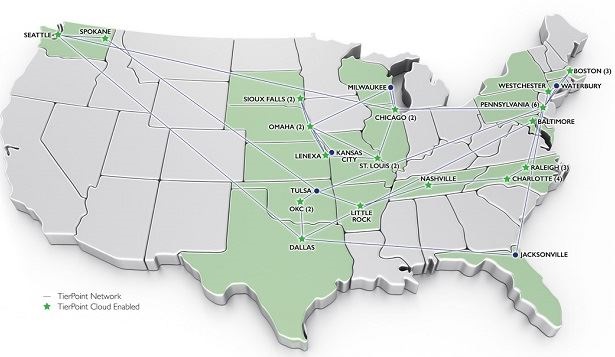 The TierPoint data centers are connected by a 10G national network incorporating a mix of privately owned and leased dark fiber, in addition to Tier 1 Carrier Wave services.

Chairman and CEO Jerry Kent brings decades of experience in growing technology businesses to TierPoint. Kent founded Charter Communications in 1993, and served as CEO through its successful IPO, stepping down in 2001. 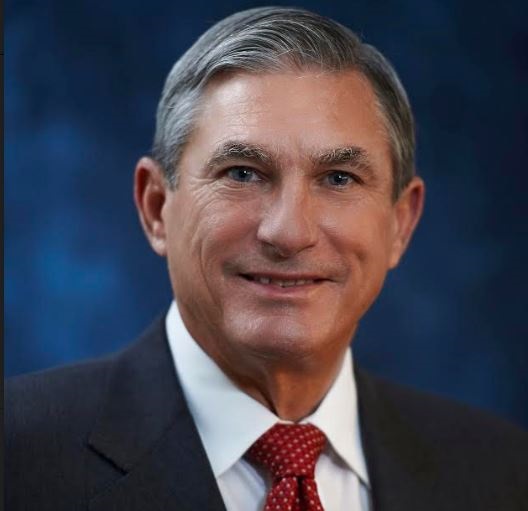 He also serves as CEO of Cequel III, a technology management company which he co-founded in 2002. The Cequel III team has a history of successfully building, and ultimately selling large scale wireless tower and cable television enterprises.

The secret sauce for TierPoint appears to be the ability to identify and integrate strategic acquisitions which are a good fit for growing the company. In addition to buying quality data center assets to expand the TierPoint geographic footprint, acquisitions are often targeted because they can add new products, and/or upgrade the managed services suite TierPoint offers.

Kent told Data Center Knowledge that since March, new acquisitions have taken a back seat. He has mainly been focused internally on integration efforts, including the block and tackle work of getting the entire company on the same page for CRM, billing and payroll.

Kent emphasized the importance of having an entrepreneurial culture. He also described TierPoint as a company built to cope with rapid change. Kent believes it is of utmost importance to make it easy for customers to do business with TierPoint, as well as to offer superior customer care.

Kent told Data Center Knowledge that TierPoint is investing $6 million to $7 million in R&D each year, including a 20-member team focused on software upgrades and new solutions. In aggregate, TierPoint has about 300 employees across Solutions Engineering, Service Delivery, and related functions.

TierPoint's latest products and services are available to almost all customers across the portfolio at this point in the integration process.

TierPoint often assists enterprise customers to manage data in close proximity to where the businesses are located. Therefore, interconnection fees make up a smaller percentage of TierPoint revenues than reported by some publicly traded peers.

One notable trend Kent mentioned was an "unprecedented" amount of multi-site opportunities. Demand is coming from both existing clients and the new customer pipeline. In 2016, about 60 percent of TierPoint's lease signings were with existing customers, and the remaining 40 percent represented new logos.

Looking ahead to 2017, TierPoint expansions into the Southwest US could certainly be on the horizon -- either to make opportunistic acquisitions, or to serve an existing customer.

International expansions have been discussed with existing customers, but at this point they are quite preliminary in nature. Kent described them as just "putting a toe into the water," and mentioned facilities could always be leased as a "stop-gap," if necessary.

Data Center Knowledge inquired about "industry buzz" after the election. Kent happened to be in New York the day after the election. He observed that despite "the shock," it was pretty much business as usual for everyone. Kent pointed out that the data center industry was not heavily regulated, (compared to cable television for example), and mentioned the widely held belief Republican administrations were generally viewed as being business friendly.

In response to a question about the availability of funding for acquisitions, Kent said that TierPoint "was well-positioned as a private enterprise for quite some time." TierPoint has multiple options for funding in addition to equity, including bank debt, and the high-yield bond market which he feels has "generally not been tapped by the industry." Kent also remains comfortable with the appetite of private equity firms to put money to work in the data center industry.

Regarding the recent pullback in the shares prices of publicly traded REITs, Kent opined that they were now trading much closer to historical valuations.

Kent emphasized it was far easier to make strategic acquisitions to support long-term growth without having to worry about the daily price fluctuations of publicly traded shares.

Kent will be open to looking at all strategic options for TierPoint in the future. However, at least for the near-term, he made it perfectly clear to Data Center Knowledge that there was still plenty of wood left to chop as a private company.