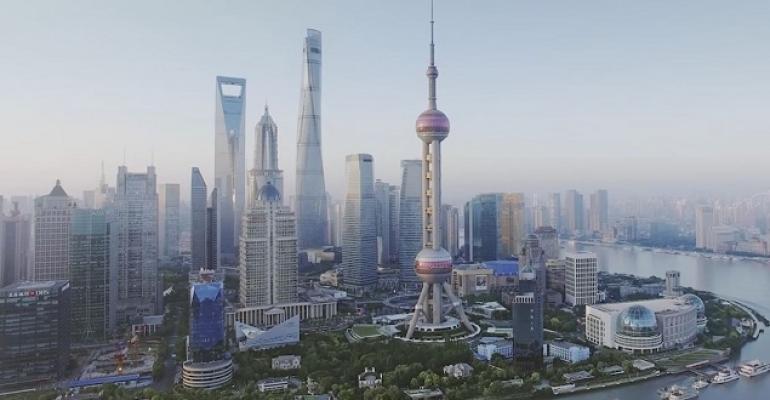 On Wednesday, November 2, GDS Holdings Limited (NASDAQ: GDS) rang the bell at the NASDAQ, becoming the latest publicly traded data center operator listed for trading on a US stock exchange.

GDS Holdings is the largest operator of carrier-neutral data centers in mainland China, with a market share of 24.9 percent, according to 451 Research. 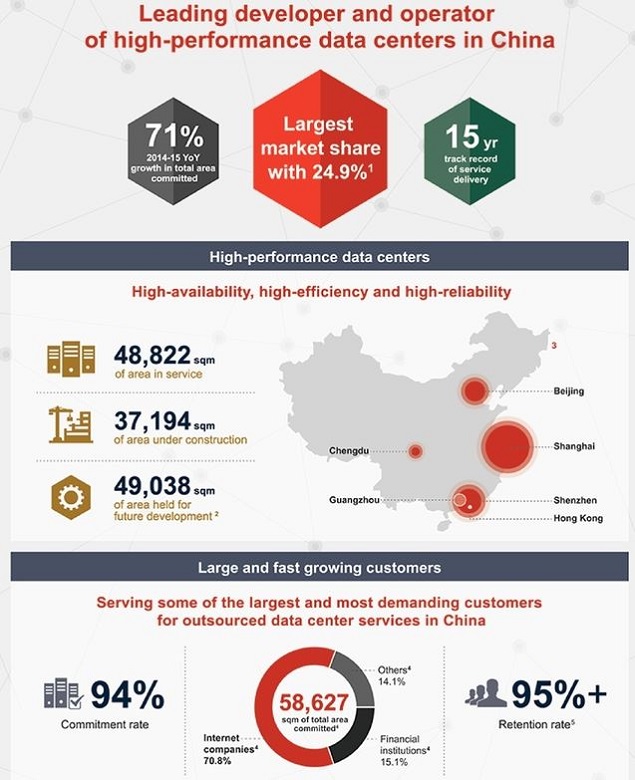 In an interview with Data Center Knowledge, GDS Holdings CFO Dan Newman explained there was no single US data center operator which would be comparable to GDS.

Newman suggested some similarities with Equinix, due to having a primary focus on Tier 1 markets. However, GDS actively leases to wholesale data center customers similar to a Digital Realty or DuPont Fabros. He also described parallels to QTS Realty when it comes to offering customers in-house hosting and managed service options.

On September 30, 2016, GDS had two customers who accounted for 26.1% and 20.8%, respectively, of total committed square footage. No other end user customer accounted for 10% or more of the total area committed.

GDS has a partnership with Aliyun, cloud services arm of the Chinese internet giant Alibaba, which hosts cloud infrastructure in its facilities, and wants to strike similar deals with more cloud service providers.

Notably, the company did not break out revenue by customer in the filing. However, in addition to Alibaba, GDS also counts titans Baidu and Tencent among its largest internet and cloud customers.

The GDS average price for committed area ranged from US$900 to US$1,200 per rack per month in 2015. This pricing is expected to remain largely stable from 2015 to 2018, according to the F-1 filing. By way of comparison, Equinix has reported average MRR (monthly recurring revenue) per cabinet of ~$2,000, in the recent past. 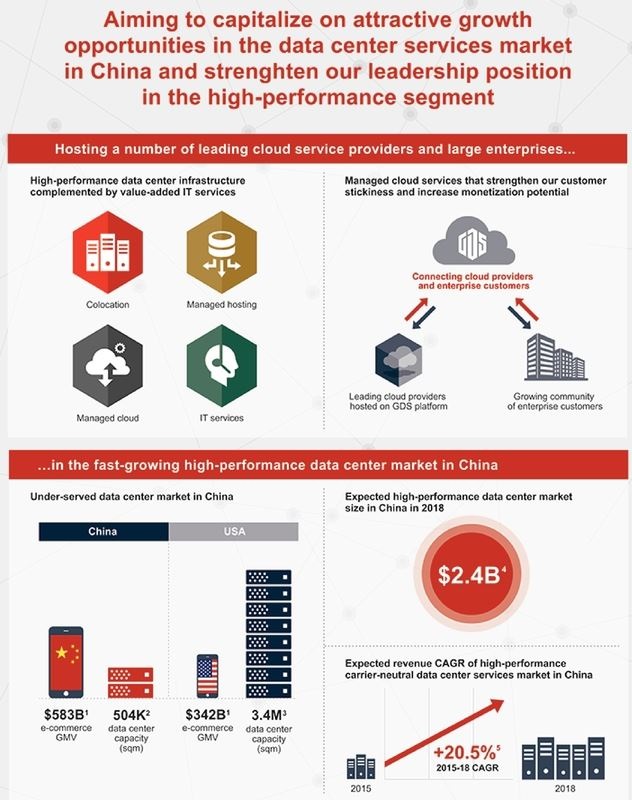 What Is Driving Growth?

GDS Holdings founder, chairman and CEO William Huang told Data Center Knowledge that his original vision 15 years ago, was to become a leader in the Chinese carrier-neutral data center space. He explained that he followed an entirely different strategy than Chinese companies which were simply licensed to resell state-owned carrier data center space and bandwidth at about the same time.

Today, the large cloud, internet, and ecommerce customers account for 70.8 percent of GDS revenues, with the financial institutions and large enterprise accounting for 15.1 and 14.1 percent, respectively. In 2015, approximately 70 percent of new leasing activity was driven by the 350 existing customers, according to Huang.

When asked about future international growth, Huang replied, "Frankly speaking, there are no plans to expand outside of China." Huang anticipates abundant growth opportunities in mainland China, making the point that there were currently about 13 million Chinese corporations. Huang believes GDS has the potential to grow to a $10 billion firm solely by focusing on the top 1,000-2,000 Chinese private sector companies.

In the IPO announcement, Huang said, "There is opportunity in fulfilling the most demanding, mission-critical IT infrastructure requirements of top-tier internet companies, financial institutions, large enterprises and multinational corporations. We have the right resources in the right places to capture the tremendous growth opportunities on the horizon."

The major Chinese data center markets are Beijing, Shanghai, Shenzhen, Guangzhou, and, to a lesser degree, Chengdu. These five major markets accounted for approximately 90% of the total high-performance data center market of China in terms of revenue in 2015, according to 451 Research. GDS also serves customers in Hong Kong.

CFO Newman pointed out that GDS is the only carrier-neutral provider active in all five Chinese Tier 1 markets, which was a competitive advantage.

However, there is competition in each market from other carrier-neutral data center operators, including: domestic providers Sinnet, Dr. Peng, and 21Vianet, and international players, such as US-based Equinix and Japan’s KDDI and NTT.

Tale Of The Tape

On Wednesday, the GDS IPO priced at $10.00 per ADS, or American Depository Share , and closed at $10.41. The 4.1% gain was in stark contrast to the data center REITs which have struggled during the past two weeks.

However, GDS was not immune to this downturn in investor sentiment as the IPO offering had initially been priced in a range of $12.00-$14.00 per ADS. Notably, there have been other recent Chinese IPOs which have not performed well after being listed -- another headwind for GDS Holdings, which they could not control.

Investors interested in this offering should read the F-1 Prospectus prior to investing.