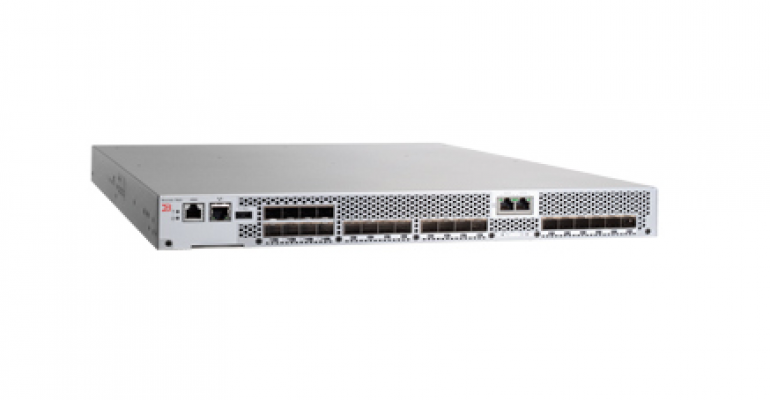 Broadcom to Buy Brocade for $5.9 Billion to Expand in Cloud

Broadcom will pay $12.75 a share for the company in an all-cash transaction valued at about $5.5 billion

(Bloomberg) -- Broadcom Ltd, a maker of semiconductor chips, agreed to buy Brocade Communications Systems Inc. for $5.9 billion, a move that will help it play a greater role in meeting increasing demand for cloud computing.

Broadcom will pay $12.75 a share for the company in an all-cash transaction valued at about $5.5 billion plus $400 million in net debt, the company said in a statement Tuesday. That’s a 47 percent premium to Brocade’s closing share price on Friday. Brocade shares rose 22 percent on Monday after Bloomberg reported the deal was in the works. After the transaction closes, Broadcom said it plans to divest Brocade’s internet gear business, including Ruckus Wireless which it acquired earlier this year in a deal valued at $1.5 billion.

Owning Brocade’s networking gear is attractive for component makers like Broadcom, which makes the chips that power network switches. Such an acquisition would help Singapore-based Broadcom play a greater role in the build-out of data centers needed to fulfill rising capacity demand for storing information in the cloud.

Broadcom Chief Executive Officer Hock Tan, who’s built a $67 billion chipmaker through a string of acquisitions, had said he was in the market for more purchases. Tan already has chips that power network switches and control storage devices, markets that provide Brocade with most of its income.

Adding Brocade’s fiber channel switching business is “strategic and complimentary for Broadcom,” Tan said on a conference call. “Demand for storage continues to grow rapidly and this acquisition fills a key area within the enterprise storage product line.”

Tan also emphasized that he doesn’t plan to cannibalize the chip business.

“Let me put everyone at ease by confirming that we are not getting into the systems business,” Tan said on a conference call Wednesday. “We have built a great company selling primarily semiconductors to OEM system vendors. We consider our OEM customers to be strategic partners and have no desire to compete with them. We will be keeping Brocade’s fiber channels and switching business, which sells to many of the same OEM our semiconductor business does, but we will divest other businesses.”

San Jose, California-based Brocade has struggled to find growth in networking, where it’s dwarfed by Cisco Systems Inc. Customers are turning away from proprietary hardware and software combinations that Cisco specializes in, opting instead for open-source software and cheaper hardware built on the kind of chips that Broadcom makes.

Last year, Brocade sales rose 2 percent to $2.3 billion. That’s less than Cisco gets from its switch business in one quarter.

Upon closing, the transaction is expected to add immediately to Broadcom’s adjusted free cash flow and earnings per share, the company said. Broadcom anticipates the new business will add about $900 million to adjusted EBITDA in fiscal 2018. Broadcom also increased its long-term operating margin target to 45 percent from 40 percent, Chief Financial Officer Tom Krause said on the call.