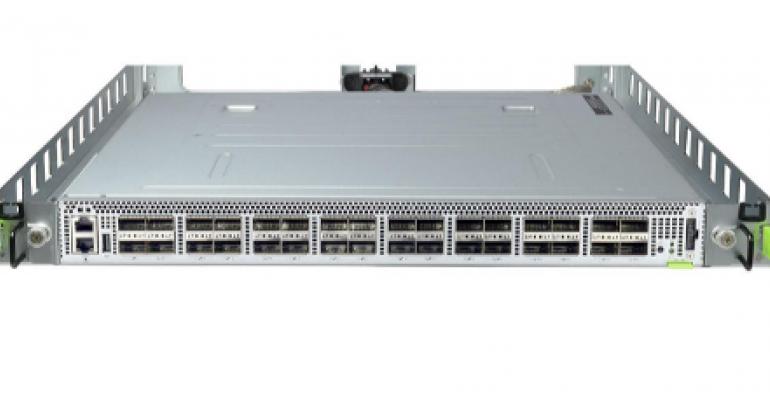 Wedge 100, the network switch that enables 100 Gigabit Ethernet networking at Facebook data centers, has been accepted by the Open Compute Project, the open source data center and hardware design organization started by the social network.

Having an official OPC specification for the switch will help 100G data center technology evolve faster and enable others to deploy it in their data centers, Facebook engineers who designed Wedge 100 hope.

“As the demands on our data centers keep growing, we are continuously pursuing ways to handle data more efficiently and at ever-faster speeds,” they wrote in a blog post Tuesday. “Our strategy is to build 100G data centers, and Wedge 100, our second generation top-of-rack network switch, is one of the key components helping us achieve that goal.”

Big data center operators and vendors that have adapted and contributed to the development of OCP server hardware include Microsoft, Rackspace, and Quanta, among others, and the expectation is that networking hardware will follow suit. The biggest network gear vendors, such as Cisco, Dell Technologies, and Juniper Networks, sell 100G data center switches, but having access to an open spec means other vendors or large data center operators will be able to source the technology directly from design manufacturers – such as Quanta and Wywinn – and modify the design to fit their specific needs.

One of the key hardware upgrades in Wedge 100 is better serviceability, since the company has thousands of them deployed in its data centers and only a few technicians. Those technicians no longer have to use tools to remove the top cover to get inside the unit. They can also now remove fan trays on the fly by pressing on a clip and removing a thumb screw.

A special focus was placed on Wedge 100’s thermal design. The engineers used optics that will not let case temperature go higher than 55C, as opposed to 70C, which is the standard temperature limit in commercial products. They also added another fan tray and more airflow optimization.

The spec is for industry-standard 19-inch data center racks. Facebook designed an adaptor for making it compatible with its 21-inch Open Rack standard.