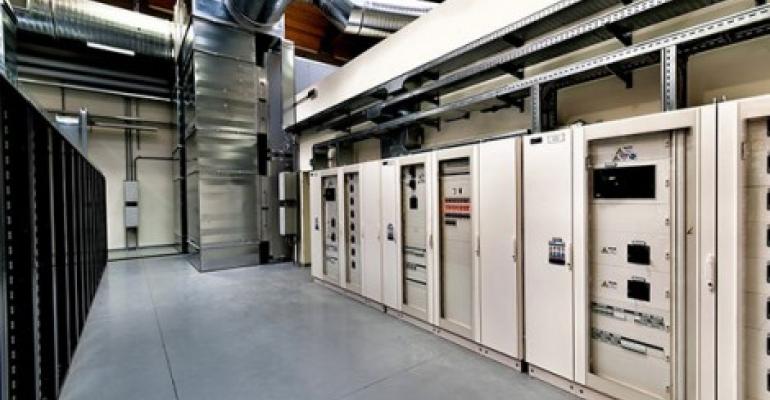 New $15 million in private equity in hand, dcBlox is expanding in Atlanta suburbs and entering Chattanooga, a world leader in internet speed.

Six years ago, Chattanooga, Tennessee, became the first city in the US (and one of the first in the world) to offer gigabit-speed internet service to home and business users. Built by the city-owned utility EPB, the fiber network resulted in part from the utility’s own need to implement a smart grid and was funded by $111.5 million in federal stimulus money and $220 million in municipal bonds.

Fast-forward to 2016, and the city’s mayor can be heard speaking about an economic revival that has taken place there over the past three years, attributing some of it to the Volkswagen plant that opened in Chattanooga in 2011 and a lot of it to the investment in fiber.

Unemployment rate has been slashed by nearly 50 percent, and wages have grown, the mayor, Andy Berke, said while speaking at a conference in June. Fast internet connectivity boosted the tech sector in the city, he said, which is now home to a number of startups and even a startup incubator, called Gigtank.

As the tech scene, and business overall, grows in the city, so does demand for data center services. Chattanooga is one of many cities around the US with plenty of demand but relatively few data center providers to choose from. Serving these so-called secondary data center markets has become the core business strategy for a number of companies, including some that were formed just recently to tackle the opportunity.

The latest example is dcBlox, the Atlanta-based data center provider formed in 2014. It launched its first data center, in Brookhaven, Georgia (just outside Atlanta), in June and is currently building one in Chattanooga to take advantage of the demand created by the economic revival. This month, dcBlox raised $15 million in private equity from Atalaya Capital Management, which will help it fund construction of the 1MW site in Chattanooga and expand its Brookhaven site to 1MW from the current 500kW.

There is still a lot of demand in tier-two markets, “especially in the southeast,” Jake Ring, dcBlox co-founder who serves as the company’s president and CEO, said. Chattanooga has a lot of demand and little available capacity, he added, also pointing out the city’s active tech sector and the fiber infrastructure that’s helped fuel it.

In addition to its fast last-mile fiber network, Chattanooga, as a data center market, benefits from its location. A major long-haul fiber route runs through the city, with lots of long-haul carriers operating on that route. Department of Energy’s Oak Ridge National Laboratory in nearby Knoxville, a major center for material, nuclear, and neutron sciences, as well as national security, clean energy, and supercomputing, means there are lots of highly educated people living in the area. Finally, people are drawn there by low cost of living and the surrounding outdoors, full of rivers and mountains, Ring said.

While it may be underserved, Chattanooga has more data center providers than many other second-tier markets, Dan Thompson, analyst at 451 Research who specializes in such markets, said. One of those providers is EPB itself, but it’s short on capacity, he said. There are a few others, but they tend to operate in specific niches. Airnet, MCA Technology Solutions, and Peace Communications all provide data center services in Chattanooga, but they specialize in various managed services.

Its competitors in Chattanooga aren’t pure-play colocation providers – most players in secondary data center markets aren’t – but neither is dcBlox. Its primary user base there will be comprised of small and mid-size businesses, Thompson said, and most of them will be interested in services beyond colocation.

dcBlox hopes its modular data center design will be a big differentiator. Similar to Phoenix-based IO, the company installs pre-manufactured container-like modules filled with IT racks and infrastructure equipment inside large building shells.

The modules are designed by Myoonet, a company run by dcBlox CTO, Joshua Reyneveld. They are manufactured by a variety of IT suppliers subcontracted by Myoonet, which sells them to dcBlox exclusively. There can be 18 to 30 racks per enclosure, with variable power density – up to as much as 30kW per rack, Ring said.

By pre-manufacturing the modules and shipping them to the data center site, where they are plugged into a centralized UPS plant, chilled water supply, and network, dcBlox speeds up the deployment process. Ring considers speed to market and the ability to offer variable power densities major competitive differentiators for his company.

Another differentiator is its private fiber network, which currently links the Brookhaven data center to the big carrier hotel at 56 Marietta St. in Atlanta, and which the Chattanooga facility will be plugged into as well.

Speed to market and high power densities may end up being differentiators in the long run, but the things that will help a company like dcBlox succeed in a market like Chattanooga are more basic. The modular design may help keep construction costs low, which in turn will enable it to offer competitive rates. That will probably resonate more with SMB customers than speed to market, Thompson said. However, speed to market may help dcBlox in the future, if demand grows quickly and the company is able to deliver inventory faster than its competitors.

There’s also little demand for high power densities in these markets, at least today. While this may change in the future, as companies upgrade to newer, more powerful IT gear, most companies are still operating at 10kW per rack or less, Thompson explained.

In addition to price, connectivity, and managed services, a personal touch matters a lot more in markets like Chattanooga than it does in the top markets. A sales person may have a hard time if “you don’t know all the IT people by first name, because you didn’t grow up with them,” Thompson said. “The key with these small markets is that local presence. As long as they have a local sales staff, and people that know the community, I think they could have a decent success story.”