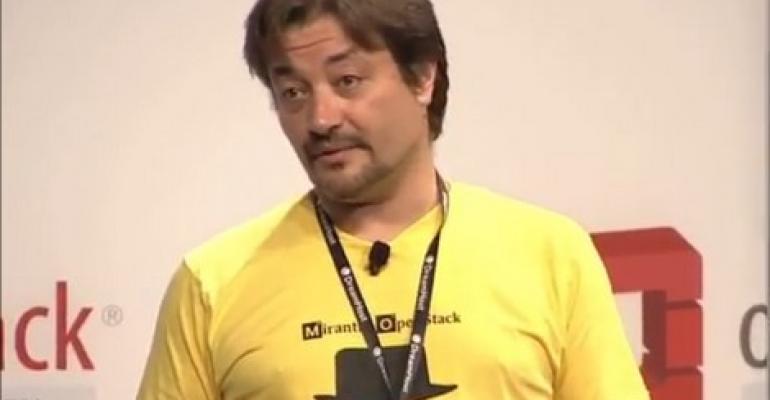 A Czech project for delivering OpenStack to enterprise customers a la carte will soon become part of a leading commercial distribution.

If anything distinguishes a commercial OpenStack service from just downloading the open source code from the Web, it’s the level of quality for how the cloud services platform is managed.  In a move that may rapidly accelerate its already publicly announced plans for a “Universal Resource Scheduler,” commercial OpenStack service Mirantis announced Thursday it is acquiring a Czech Republic-based project called TCP Cloud, whose latest Mk.20 platform release is said to have already resolved the most critical issue facing cloud providers today.

“If you talk to customers, they will tell you that lifecycle management is the bane of OpenStack,” Mirantis CEO Alex Freedland said in an interview with Data Center Knowledge.  “This simplifies it by orders of magnitude.”

Mk.20 will enable Mirantis customers to install the variety of OpenStack component packages — with their varying feature sets, depending on the currency of their versions — using a simplified self-provisioning model.  In tests with existing Mirantis customers, Freedland said, Mk.20 already did something successfully that Mirantis was looking to do eventually: let customers pick their own OpenStack configurations, and in so doing, allow the infrastructure-as-code from those choices to be stored in easily-retrievable GitHub repositories.

“This is the area where these guys are the utmost experts — probably better than anybody in the world,” admitted the CEO.  “They can do this generically, but they understand how to apply it to OpenStack, to [Juniper’s] Contrail, to Kubernetes.  They’ve done this, and they’re about nine months to a year ahead of us.”

A Little of This and That

What Freedland is explaining is essentially a containerized form of OpenStack: a means of automating the deployment of the infrastructure platform components that support the delivery of cloud services to customers under a continuous release (CR) model.  That’s a little different from continuous delivery (CD), where software is continually being updated under the hood.

Modern software (what some would call the “cloud-native” variety) is made up of components, which in the extreme case (microservices) could be scattered across servers.  OpenStack is an assembly of separate infrastructure projects for specific purposes (e.g., pooling compute power, setting up a storage volume, providing for SDN), all of which communicate with one another using APIs.  This “loose coupling” has been key to the evolutionary success of the platform so far; each component can evolve independently of all the rest.

But it’s that independent evolution that makes the platform so difficult to manage, even for IT professionals with the requisite skills.  An automated delivery system would enable an organization to test, deploy, and if necessary, roll back the implementation of specific parts on its own itinerary, without endangering its own service levels.

This is what Mirantis claims TCP Cloud Mk.20 provides, even going so far as to say Mk.20 does a much better job than anything Mirantis itself has produced — thus necessitating today’s acquisition just to remain competitive.

What Mirantis is acquiring, though, is perhaps the dream configuration of many enterprise data centers: a containerization scheme for OpenStack itself.  Mirantis, CoreOS, and Intel have been working together on such a project since the early spring.  Their goal is a system that places conventional VMware-style, or KVM-style, virtual machines on an equal footing with Docker-style containers.  An open source orchestrator such a Kubernetes could theoretically be used to schedule and stage both classes of workloads.

But assimilating Mk.20 may advance their goals for this project by at least nine months, making next calendar year more feasible than ever, Freedland said.

“Kubernetes becomes a generic logistics tool that can move those containers throughout the lifecycle,” Freedland explained.  “And that’s the beauty of this:  Once Kubernetes builds a base CI/CD generic pipeline, it’s not really OpenStack-specific.  There are certain rules that you build inside that are pertinent to OpenStack, but you can do the same thing with other bits.  You can deliver Contrail the same way, Ceph the same way, and then beyond that you can add Hadoop pieces, [Apache] Spark, or whatever else you need.”

Many enterprises are experimenting with integrating OpenStack with their CI/CD platforms today, with varying results.  We asked Freeland whether Mk.20 would enable enterprise customers to pick and choose specific OpenStack components on an a la carte scheme.

“Of course,” the CEO responded.  “In fact, you’re talking about the people who already think of OpenStack in a continuous delivery fashion.  These are probably the folks who build their own internal pipelines, and they decide which components are ready or not.

“These are the forward-looking people who understand how to operate agile infrastructures,” he continued, “and they don’t depend on a vendor to package a complete experience.  They’re the top five percent [of customers].  What we’re doing is, we’re industrializing it and making sure that we can deliver the same experience to people who don’t have this level of expertise.”

Freedland explained that Mk.20, under Mirantis, will present the OpenStack deployment scenario to customers in a pipeline fashion, in keeping with CI/CD protocols.  Each pipeline will have a set of one or more configuration parameters available for each pipeline, depending upon how the other pipelines are scheduled.  An underlying logistics engine will decipher how to make each parameter workable in the given scheme, and a parameter won’t be offered if it’s not feasible.

“This is the only way to manage that complexity in a flexible way,” he said.

Mirantis announced it will begin delivering Mk.20 as part of the Fuel deployment component, with the next version of its Mirantis OpenStack distribution.  A revised schedule for that release has yet to be shared with contributors.