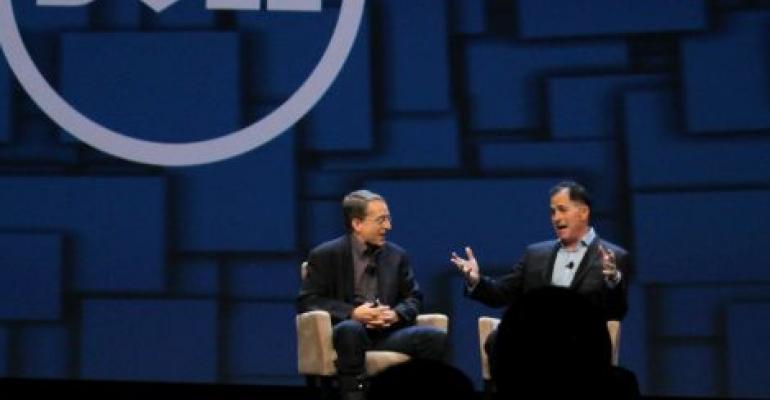 Virtustream, VMware to Vie for Hybrid Cloud After Dell Reorg

Now that the Dell-EMC merger is complete, how do VMware and Virtustream pieces fit into the overall puzzle?

There will be no merger of Virtustream and VMware, including any of its public cloud assets.  That was the word Wednesday morning from Michael Dell, the chairman and CEO of the newly realigned Dell Technologies, in response to a question from Data Center Knowledge.

Wednesday was the first official day of operation for the new Dell and its infrastructure provider subsidiary, Dell EMC.  Last year, EMC acquired managed cloud services provider Virtustream in a move that at the time appeared to have been driven by certain EMC investors.  Since 2013, however, EMC-controlled VMware has been assembling its own hybrid cloud service, known today as vCloud Air.

During a briefing on Wednesday, Michael Dell pointed to discussions that emerged during last week’s VMworld conference in Las Vegas, regarding VMware’s ongoing role with respect to service providers and public clouds.  He referred to vCloud Air Network, which represents VMware’s effort to make its own services available for resale through service provider customers.

“VMware, essentially being a software company, has enabled many companies to do this — IBM certainly being a very notable one,” he said, referring to VMware and IBM’s expanded partnership, also announced last week.  That partnership will enable vSphere customers to more easily move virtual machine-based workloads into IBM’s public cloud.

“I would expect you’ll see similar announcements from VMware in the future as well,” Dell added.  He thought about appending that statement, but chose instead to wrap it up succinctly by saying, “So... there you go.”

Mr. Dell's statement sheds light on the significant business value that may yet be realized from customers blending their physical and virtual data center infrastructures.  While Virtustream concentrates on providing managed services for hosting-specific applications — most notably, the jewels of the SAP portfolio — VMware focuses on pooling the underlying infrastructure, both from on-premise and public cloud assets.  Its NSX network virtualization platform produces virtual networks for applications whose physical footprints may be mapped across domains, and conceivably across continents.

Of the two brands, one could easily conclude VMware is the one best suited to meet the emerging needs of enterprise customers and service providers, exactly as Dell framed them.

What’s more, just last week during the EMC World conference, Virtustream announced plans to integrate VMware’s NSX into its own Enterprise Cloud platform in a move it said would better position Virtustream to incorporate services from both EMC and VMware.

So why couldn’t Virtustream and VMware pool together their public cloud capacities into a single platform, seeing as how such integrations are precisely what NSX was designed to enable?  VMware could gain data center presence in Washington, D.C., which it currently lacks, while Virtustream would gain presence in Germany, Japan, and Australia.

It’s not as though VMware’s own executives seem closed to the idea.

The goal of the Cross-Cloud Architecture "is to embrace as many clouds as we can,” VMware CEO Pat Gelsinger said during a press conference at VMworld 2016 last week.  “Simply put... to increasingly provide integrations to different clouds, as well as to help many people build their clouds in the VMware technology stack.”

Gelsinger went on to cite VMware’s expanded partnership with IBM and in the same breath Virtustream’s embrace of NSX as examples of the many ways the different business units’ technologies will evolve into one another over the coming months.

Dell Technologies CFO Tom Sweet made clear this Wednesday that his company’s mission going forward may as well be VMware’s entire mission statement. 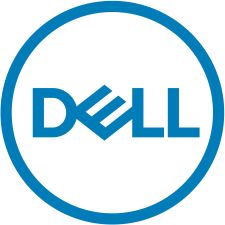 “Our strategy and our portfolio enable our customers to build new cloud-native applications,” said Sweet, “so they can make the move to digital and run their traditional applications, because their business depends on these today.  Traditional infrastructures are highly resilient and run the vast majority of applications in the business today.

“Here, IT is looking to both improve performance and resiliency,” the CFO continued, “while at the same time driving greater efficiency and lowering costs.  We achieve this by helping IT influence a hybrid cloud strategy based on a modern data center architecture.  That means flash, scale-out, software-defined, and cloud-enabled technologies that are trusted and secure.”

Sweet did not include “homogenous” in that list of properties of the modern data center, though he may as well have.

He did refer to the combination of Virtustream and VMware assets as “our cloud.”  There were two sides to that cloud, however, with Virtustream representing customers’ expansion of their hybrid cloud strategies and VMware representing the software ecosystem for a variety of cloud service providers.

Yet it was last December, in an 8-K filing with the SEC, that VMware was first to state in clear and unambiguous terms that “it will not be participating in the formation of the Virtustream Cloud Services Business previously announced by EMC and VMware on October 20, 2015.”  Indeed, VMware may have been the first to nix its own demonstration of internal hyperconvergence.

Veteran technology analyst Kurt Marko says he has been impressed by Virtustream’s cloud management technology — particularly with building self-service provisioning portals around applications.  In a note to Data Center Knowledge, Marko said he feels neither Virtustream nor vCloud Air intend to compete against the major public cloud players today for capacity.  Virtustream may continue to lead with its services, though this could end up painting vCloud Air into a corner.

“Virtustream knows it can't and isn't trying to compete with AWS,” writes Marko.  “Instead, it targets its workload packing uVM technology [PDF] to traditional, business critical applications like SAP (including HANA), Oracle (and its app ecosystem), Microsoft Dynamics, and vertical applications in finance or other industries.  vCloud Air isn’t an AWS or Azure competitor either — no one will base a cloud application or infrastructure strategy around it.  Instead, it seems relegated to be a backup/disaster recovery service for on-premises VMware infrastructure.  Indeed, vCloud Air’s future looks grim with the Cloud Foundation announcement, and IBM ramping up VMware SDDC services on SoftLayer.”

Marko went on to say he expects Dell’s existing plan to support Microsoft’s forthcoming Azure Stack to go forward as planned, thus making Azure a critical part of Dell’s hybrid cloud strategy, regardless of what happens with VMware and Virtustream.

“It's unclear how or if this competitive tension between on-prem Microsoft and VMware infrastructure gets resolved,” he wrote.  “Dell could continue with the posture that it gives customers choice to use whichever they prefer.  In the long term, I think Microsoft has the stronger, more technically pure, and economically viable hybrid cloud strategy.  But VMware has a half-million customers that aren’t in any rush to change.  So perhaps we see tighter workload migration features between vSphere and both Azure (mainstream workloads) and Virtustream (high-end, mission critical).”

Last week, Mr. Dell told VMworld not to expect changes in VMware’s business strategy following the consummation of the merger and reorganization.  While Wednesday’s press briefing only managed to underscore his advice, some part of Dell’s strategy may have to change in short order before confusion sets in here, too.