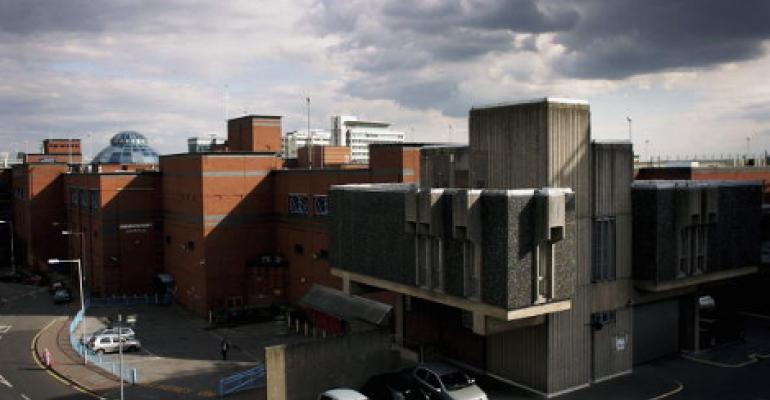 General view of the skyline of the Borough of Slough in London. (Photo by Bruno Vincent/Getty Images)
Colocation

Equinix has completed a $42 million expansion of one of its London data centers, more than doubling capacity at LD6 in Slough.

About one quarter of European equities trades flow through Equinix data centers, and LD6 is one of the key facilities in that ecosystem, hosting equipment for more than 170 financial services companies, according to Equinix.

The Redwood City, California-based data center provider has added capacity for 1,385 cabinets at the facility, bringing its total capacity to 2,770. In a statement, Equinix said the expansion was an indicator of its “continued commitment to the UK,” apparently addressing uncertainty about the future created by the nation’s decision to exit the European Union.

According to Equinix, the facility in Slough hosts more than 90 network service providers and provides access to numerous transatlantic submarine cables. A packet of data can get from LD6 to New York in 30 miliseconds and to Frankfurt in 4 miliseconds, the company said.

Another connectivity feature of the facility is LINX. LD6 hosts one of the nodes for the London Internet Exchange.

Equinix has seven sites in the London data center market. Including the recent expansion, its Slough campus now has more than 408,000 square feet of colocation space.