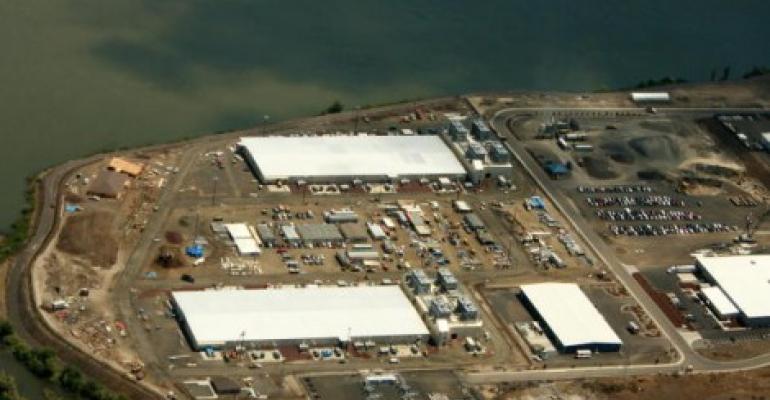 Google&#8217;s data centers are seen from the air in 2006 in The Dalles, Oregon. The centers, each the size of a football field, are located in the small Oregon town of 12,000, 80 miles east of Portland. (Photo by Craig Mitchelldyer/Getty Images)
Data Center Jobs

Touted as a chance for economic comeback, long-term economic benefits of data centers are overshadowed by their small staffing needs

That’s the question a recent article in the New York Times asks. The conclusion is “negative.” While local officials often tout these projects as a way to boost rural economies that have been suffering as a result of the loss of manufacturing jobs, nobody can really claim that a data center, no matter how large, can offer anywhere close to the amount of jobs a textile or a furniture factory does.

There are other economic benefits, such as taxes on the enormous electricity and equipment purchases companies make for these facilities. But those benefits are often diminished by tax breaks local and state governments offer companies to lure their big data center construction projects in.

Those long-term benefits, however, don’t seem to be persuasive enough to overshadow the fact that a data center requires very few permanent full-time workers for day-to-day operation. Any economic development initiative is scrutinized by the public first and foremost in terms of how many jobs it will result in, and data centers don’t look very attractive if viewed through the jobs lens alone.