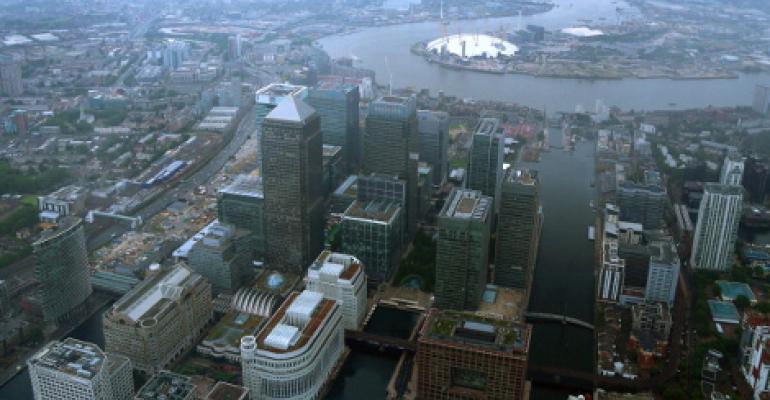 (Bloomberg) -- When consumers across the European Union go shopping online, their credit-card details and other personal information often zip across borders to giant data centers in the UK.

Telecommunications and technology companies, worried that the country’s vote to leave the EU could block digital traffic and stifle a fast-growing part of the British economy, are urging the UK government to negotiate a Brexit deal that keeps Internet borders open.

“Tech companies and data center operators are looking for assurances from the government that legal certainties on data flows between the UK and the EU will be a priority in forthcoming negotiations,” said Charlotte Holloway, policy director for Brexit matters at TechUK, an industry group that represents about 900 companies, including BT Group, Vodafone Group and IBM.

The outcome of the talks is crucial because the UK houses about 500 server farms, representing almost 43 percent of data center capacity in Europe’s four biggest digital hubs -- Germany, France, the Netherlands and the UK -- according to data supplied by TechUK. The centers support a service sector that makes up 80 percent of the British economy.

If data-protection rules diverge after Brexit, UK data center owners might have to move inside the bloc to be able to operate under its privacy laws. The EU and UK also might have to negotiate a separate data-protection agreement. Industry officials call this a worst-case scenario because it could prompt drawn-out legal challenges from EU privacy activists.

Campaigners last year persuaded the EU Court of Justice that a US-EU data-transfer agreement called Safe Harbor didn’t protect EU citizens from US government spying. They’ve vowed to fight a new deal struck in July, called Privacy Shield, and are looking at Brexit as an opportunity to challenge the UK’s national-security data collection program, too.

“Who knows what we’ll be dealing with in three to four years’ time,” said Alexander Whalen, senior policy manager at tech industry lobbying group DigitalEurope. “We could be facing disruptions to transfer mechanisms.”

The UK could avoid ruptures in digital trade by remaining a member of the European Economic Area -- like Iceland and Norway, which aren’t part of the EU but follow its privacy laws. That could upset anti-EU groups in the UK, which have called for a cleaner break.

“If the UK decide not to remain within the EEA and if they lower their data-protection standards, then the situation would be different,” said Patrick Breyer, a lawmaker in the German state of Schleswig-Holstein who was involved in challenging U.S.-EU data agreements.

The talks on data could influence the broader Brexit negotiations by giving the EU a bargaining chip.

“The EU could use data flows, which are hugely important to the UK, as leverage in other parts of the talks, like trade or financial establishment,” said Quentin Archer, a technology consultant at law firm Hogan Lovells in London.

Archer said UK telecommunications and cloud-storage providers are pressing Prime Minister Theresa May and her cabinet to keep the UK within the EU’s data-protection rules. May’s government hasn’t said yet whether it will apply a new package of EU privacy measures known as the General Data Protection Regulation.

“The government will work hard to get the best deal for Britain following the referendum result and we will set out further detail in due course,” the UK Department for Culture, Media and Sport said in a statement.

This uncertainty could cause UK companies to move data processing or storage to other EU countries ahead of the Brexit talks to avoid disruptions, said Ross Anderson, chairman of the Foundation for Information Policy Research, which studies the interaction between technology and society. While larger companies should be able to shoulder the cost, the extra expense could put UK startups out of business, he said.

Instead of cutting ties, Brexit could increase the EU’s influence over UK companies on data-protection matters. That’s because the Information Commissioner’s Office, which currently enforces European data privacy rules in the UK, might lose its status as an EU regulator after the country leaves the bloc.

As a result, British companies dealing with EU data might find themselves overseen directly by the European Commission in Brussels, said Douwe Korff, a professor of international law at London Metropolitan University.

BT and Vodafone are also pressing the UK to enact the EU’s digital single market plan -- a package of EU laws aimed at cutting mobile roaming rates, shipping costs and restrictions on cross-border e-commerce, according to a person with knowledge of the situation.

EU officials said it was too early to comment on any negotiations. The UK has yet to trigger the official two-year notice period for leaving the bloc.

“From our point of view, nothing has changed,” said Daniel Kitscha, assistant to the director of the EU’s telecommunications directorate. “The UK is still a member of the EU.”