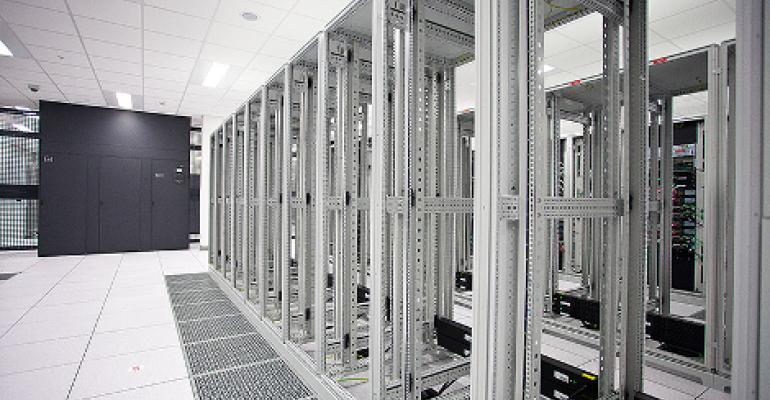 While it may be interesting to ponder what will happen to CenturyLink’s data center colocation business once the company finalizes whatever ends up being the outcome of the “strategic review” it announced last year, David Meredith, who oversees that business, has work to do.

He and his team have data centers to expand, certifications to complete, and carriers to attract to their facilities. “We really haven’t stopped any of the things that we’re doing,” he says. “These are all strategic initiatives that we continue to do. We’re actually doubling down in a lot of these areas.”

CenturyLink CEO Glen Post said in November that the company could sell some or all of the assets that make up its colocation business. That would be one of several options that were on the table. CenturyLink management were clear that they didn’t want to get out of the colocation business completely. They just weren’t happy with the expense of keeping all those assets on the books.

The colo business, whose inception in its current form was CenturyLink’s $2.5 billion acquisition of Savvis five years ago, has struggled to grow revenue. But the company provides lots of services “up the stack” from the basic physical data center capacity, a variety of cloud and managed services, and often sells hybrid bundles that may or may not include both colocation and some of those higher-level services.

So it needs the colo space, regardless of whether it owns and operates it or outsources all that to someone else. CenturyLink never stopped expanding its data center capacity around the world. It added 14MW across eight sites last year. This year, Meredith’s team is working on expansion in key markets like Phoenix, Chicago, and London.

Another initiative that kicked off before the CEO’s announcement last year was to get Uptime Institute’s Management & Operations certification for all CenturyLink data centers. More than half of the 57 sites included in the M&O plan announced in 2014 have been approved, and the company is close to having a total of 40 certified in the near future, Meredith says.

It’s All about the Network

In a statement issued today CenturyLink wants to draw attention to its efforts to expand the variety of carriers and network service providers you can access at its data centers, as well as interconnection ecosystems in those facilities.

It had about 78 carriers and network service providers total around this time last year. Today it has 99, or about seven per site on average.

CenturyLink, which of course is a carrier itself, wasn’t always carrier-neutral in the true sense of that piece of industry jargon. Carrier neutrality (or carrier diversity, in the company’s own parlance) became part of the strategy after the Savvis acquisition, when it appointed a dedicated team that would go after new carriers. “We had set a goal to drive more carrier diversity across our data center footprint, and we exceeded the goal that we had set,” Meredith says.

On the other side of the coin, CenturyLink has been actively pursuing extension of its own network to as many data centers as possible. Today, it is active in about 280 data centers, including its own. The most recent win was plugging into a number of CyrusOne facilities.

The third dimension here is interconnection. Like Equinix, which has perfected the art of building entire interconnection ecosystems inside its data centers, and others in the data center colocation market, CenturyLink wants customers to come to its facilities and link their networks to other customers there. Not only do colo providers get additional revenue for providing those inter-customer cross-connects as a service, these interconnection ecosystems make existing customers stick around longer and make the sites more attractive for new customers.

It would be hard for CenturyLink to compete with Equinix on interconnection and colocation alone, but Meredith believes CenturyLink’s other IT services, such as network, managed, services, public and private cloud, all provided as integrated solutions, through a single contract, make a big difference. “We still have our hybrid IT solution stack,” he says, “which is a big differentiator from what Equinix has.”