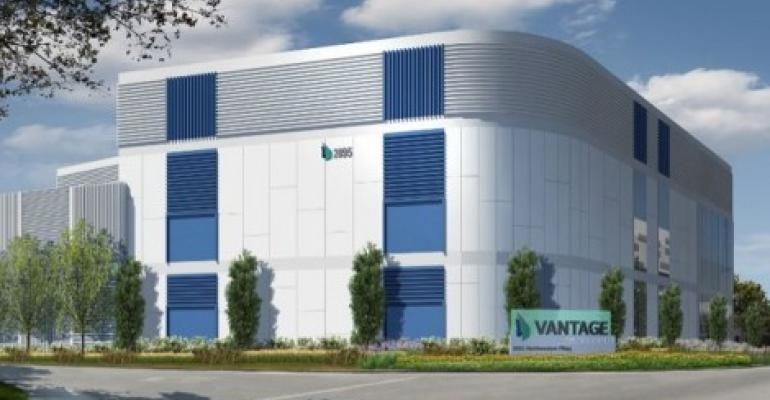 On Thursday, Vantage announced it had "secured a nine-acre site located approximately two miles from its existing Santa Clara campus. Designs for the new campus feature four separate data center buildings and a dedicated substation, with construction starting on the site in 2017.  Capacity will be delivered in phases, beginning in 2018."

This announcement sounds pretty much business as usual, but in reality there is more to this story than meets the eye. While the Bay Area's Silicon Valley is one of the largest U.S. data center markets, it has some of the highest barriers to entry for new development.

There is little suitable land remaining for development of large data centers, or ample sub-lease space available. Sites suitable for data center development must meet an exhaustive list of requirements which excludes property located in flood plains and flight paths and in railroad corridors. The lack of adequate power or other utilities rules out many of the remaining sites with the proper zoning and other requirements entitled for development in this highly desirable region of California.

Sureel Choksi, Vantage president and CEO, told Data Center Knowledge earlier this week that he and his team had evaluated close to 150 sites in order to try and solve this conundrum. In fact, that process alone took over a year to complete, according to Choksi.

The nine-acre site Vantage eventually acquired for future development was actually an assemblage of three parcels of land -- all encumbered with existing buildings. Additionally, an agreement has been reached for Silicon Valley Power to build a new 51 MW substation on part of the land for the critical load.

Vantage Has Been Proactive

Earlier this year, Vantage announced it was adding 21 MW of capacity adjacent to buildings on its existing 51 MW Santa Clara campus,  a four-story facility, which will have one floor for support and office, and three floors containing data center halls.The multi-story V5 data center design allows for higher density, which appears to be a new trend in Santa Clara.

Vantage Vice President of Marketing Steve Lim explained that lessons learned from designing the V5 and V6 expansions were crucial to creating the design for the new campus.

In order to build the two-story V6 facility across the street from the existing campus, Vantage had to acquire a one-story office building which will be demolished. However, the municipality had just recently begun to approve projects higher than two-stories. Notably, CoreSite had previously gained approval to construct a four-story data center in close proximity to the existing Vantage campus.

Vantage also needed to get feedback from potential customers regarding their willingness to lease data center halls with concrete slabs rather than traditional raised floors. The trend toward higher density data center designs has led to greater acceptance of multi-story designs. The confluence of these two trends resulted in the four-story V5 data center design.

Fast-forward to August 4, and the latest Vantage announcement of a new nine-acre campus. After the demolition and utility work, there will be four, three-story data center facilities constructed in phases along with generators and mechanical equipment.

CEO Choksi explained that each of the three-story buildings will contain two floors of data halls, with a minimum of 4 MW of contiguous space on each floor.

The three-story data center solution in retrospect might seem obvious. However, it was clearly the result of a multi-year learning curve. Vantage has leveraged its local market knowledge in order to perform the alchemy necessary to "create land" in Santa Clara for a new 51 MW data center campus.

Santa Clara is the key data center market for Vantage. It appears management has used its "home court" advantage to create a runway for future development of wholesale data center projects. Vantage will now be able to provide new deployments of 500 kW and larger in a supply-constrained Silicon Valley well into 2018  and beyond.