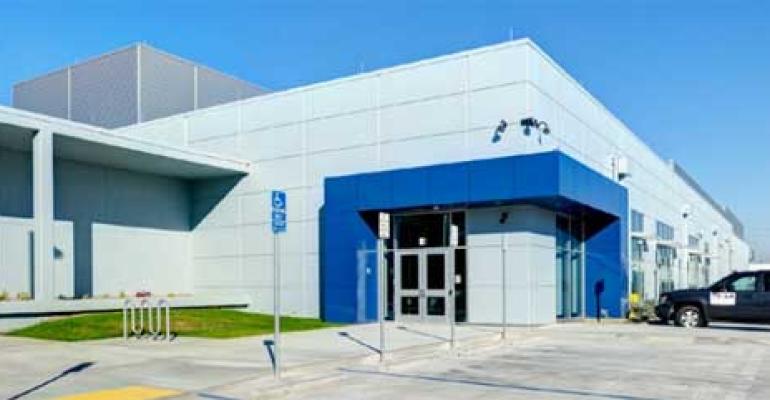 When ZeroStack first revealed its customer value proposition about a year ago, it made the case for helping customers move their critical workloads out of the public cloud — where scaling up may have incurred more expenses than they expected — and into their private data centers. But this week, the cloud service provider has made a critical adjustment to that proposition, bringing in two well-known managed service providers, and arguing that it may make just as much sense to move from a public cloud stack to a managed private one.

“How about I give you a one-liner back: All roads lead to Rome,” said ZeroStack Vice President of Marketing Steve Garrison. In an interview with Datacenter Knowledge, Garrison told us he’s now opening up a migration path for public cloud customers moving to colocation MSPs — and in the process, perhaps save as much as two-thirds.

T5 Data Centers’ 16 MW Los Angeles facility, opened in 2013, will be one location making room for incoming ZeroStack customers. Colovore’s 9 MW facility in Santa Clara, announced in 2013 and opened for business the following year, will be the other.

The plan is for ZeroStack to make colocation an option, for customers who want to bring their critical business assets back within their own firewalls. As Garrison explained, the objective of these partnerships will be to offer both the expertise and the management skills that some enterprises may still lack.

“I’m sure you’ve heard the stories of people stealing OpenStack teams, the battle between Walmart and Comcast being one,” he reminded us. “OpenStack promises to be a framework where you get agility, but you have a whole lot of heavy lifting. It’s a framework; it’s not a solution. You have to make it a solution.

“The cost of Amazon is great,” he continued, “but as you scale up and go into production, it can become out of control and very costly — several thousand a month, when you started out with a few hundred a month. And to build an OpenStack team, we’re pretty confident that you need several engineers.”

Under the new MSP arrangement, ZeroStack will provide the engineering expertise, while T5 or Colovore provide the capacity.

“What we’re here to do is provide scalable infrastructure,” said Craig McKesson, T5’s executive vice president, speaking with Datacenter Knowledge, “in a true, mission-critical environment within which they [ZeroStack] host their platform. One of the primary benefits of ZeroStack is the ability to re-capture your compute and storage from the public space, and bring it back private.

“By deploying within a true service provider facility,” McKesson continued, “it now becomes much more robust, resilient, and secure.”

McKesson described T5’s Los Angeles facility as surpassing Tier-3 status. It’s served by a 16.5 MW substation on-site, and is equipped with static transfer switches for fault tolerance, and has the same seismic reinforcement rating as a modern hospital, he said. Cooling is provided by a Munters evaporative cooling unit for high-efficiency, coupled with El Segundo’s native coastal climate, for a PUE ratio he claims falls within the vicinity of 1.3.

T5 will be deploying ZeroStack’s multi-tenant Enterprise Solutions Suite, with the ability to scale at densities of 25 KW per cabinet, McKesson told us. “It’s really the L.A. area’s only true, purpose-built, mission-critical data center.”

It’s here where T5 will be hosting ZeroStack’s Z-Block Cloud Appliances. ZeroStack’s Garrison told us his company based its pricing model around a Z-Block appliance with storage and compute capacity similar to leasing the same capacity from Amazon AWS at $15,000 per month. Dividing by about 3, ZeroStack came up with $4,999.

On ZeroStack’s near-term roadmap, he told us, may be options for adding dedicated fiber and virtual load balancing. T5’s McKesson said his firm’s managed services and Direct Cloud Connect console will be included with the deal.

“As technology continues to evolve, we’re totally agnostic as to what’s actually running,” explained Garrison. “We can support scalable high densities as a result of our infrastructure, so from our perspective, it’s like, bring it on. The higher the density, the better.”