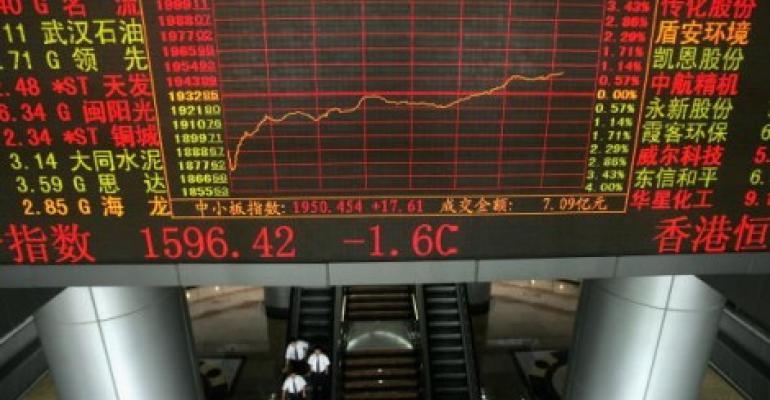 The biggest stock exchange in China recently brought online a new data center, where it will lease colocation space to financial services firms like its counterparts overseas do.

The Shenzhen Stock Exchange’s colocation data center has capacity to support 5,000 server cabinets for customers, Bloomberg reported. Its launch is one of a series of major technological upgrades the government-owned exchange made recently to bring it more in line with technology other exchanges around the world have.

It is common practice for stock exchanges, such as the New York Stock Exchange, Nasdaq, or London Stock Exchange, to sell colocation data center space to companies in the trading ecosystem, who want to run their servers as close to exchange trading engines as possible to reduce latency of their connections to those engines.

The biggest and most important of the recent upgrades in Shenzhen was speeding up the exchange’s order matching engine. Its response time is now 1.1 milliseconds, and its order processing capacity is now 300,000 trades per second.

While the new response time is one-hundredth of what it was with the previous system and the new order processing capacity is three times what it used to be, however, these results aren’t even close to the kinds of speeds exchanges like Nasdaq and Bats Global Markets have.

Both of the US exchanges have response times below 100 microseconds, according to the report. The Osaka Exchange in Japan can process an order in about 100 microseconds.

The Chinese exchange has different priorities than its foreign counterparts, however. Unlike Nasdaq or NYSE, it is government-owned, so its priority is market stability rather than profit.

The government is also not a huge fan of high-frequency trading. Brokers do use algorithms to trade on the exchange, but it’s nowhere near the speed or volume of what is considered high-frequency trading in other markets. In Bloomberg’s words, “HFT is effectively absent from the stock market.”