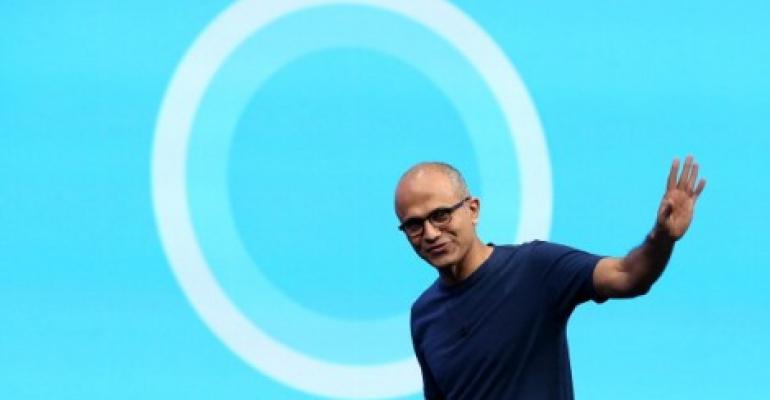 As regulated enterprises adopt cloud, cloud providers have to meet them where they are

One of the cloud’s early promises was that it wouldn’t matter to the users where the physical servers that store and process their data are located. While that’s still true for many users, as cloud providers tackle what they all say is the next wave of cloud adoption, its acceptance and growing use by big companies and government agencies, cloud data center location starts to matter more and more.

Companies in heavily regulated industries aren’t free to store their own and their customers’ data anywhere they like, while the last several years have seen a stronger regulatory focus specifically on data sovereignty and data privacy in several countries, including Germany, Russia, and Brazil.

This means cloud providers that want to ride that wave of enterprise cloud adoption have to ensure they have cloud data centers close to the companies they hope to serve. Microsoft execs confirmed this much on the company’s quarterly earnings call Tuesday.

“The position that we have taken is that we want to serve customers where they are and not assume very simplistically that the digital sovereignty needs of customers can be met out of a fewer-data center approach,” Microsoft CEO Satya Nadella said on the call. “Because right now, given the secular trend to move to the cloud across all of the regulated industries across the globe, we think it's wiser for us and our investors long-term to be able to meet them where they are.”

In the year’s first calendar quarter, Microsoft reported one of the biggest spikes in data center spending in its history: a 65 percent increase year over year. It has been building and leasing data center facilities at a rapid pace, and today has more cloud data center locations than any of its rivals.

The second calendar quarter’s results show that the investment is justified. Revenue from Azure, its cloud platform, doubled when compared to the same quarter last year, according to Bloomberg. Its annualized commercial cloud revenue was more than $12.1 billion in the quarter.

Microsoft Azure today is being served out of 26 data center regions, and asked whether that meant the company was going to slow down its infrastructure expansion sometime soon, Nadella said there wouldn’t be a cap on the number of data center locations.

“We're not taking these positions of which regions to open and where to open them well in advance of our demand,” he said. “If anything, I think our cycle times have significantly come down. So it will be demand-driven, but I don't want to essentially put a cap, because if the opportunity arises – and for us it's a high-ROI decision to open a new region – we will do so.”

This is true for Microsoft and other big cloud providers, such as Amazon Web Services, Google, and, more recently, Oracle. The enterprise-software giant has recently been expanding data center capacity aggressively as it makes attempts to grow its cloud business.

During the second quarter, Microsoft and Oracle leased more wholesale capacity than anyone else in Northern Virginia, home to one of the world’s biggest data center clusters, according to a recent market report by North American Data Centers, a real estate firm that helps companies find data center space.

Entering a new market doesn’t always mean a nine-figure investment in data center construction. Cloud providers often start by leasing small footprints in data center provider facilities. Then, if the demand calls for it, they either take more space from their partners or build their own data centers.