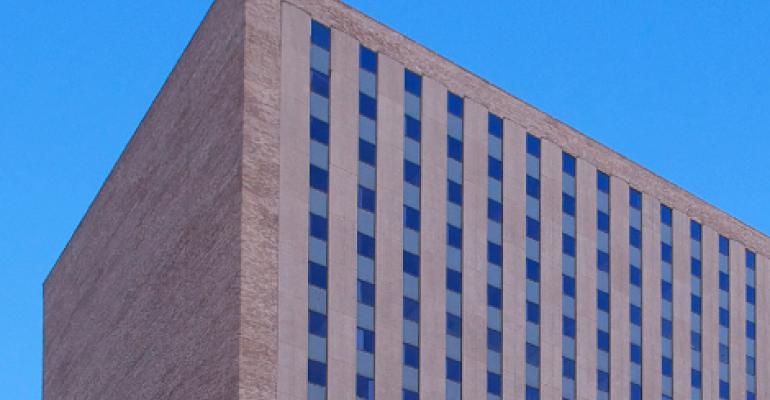 Netrality, the company that in recent years has been buying network-rich buildings in active data center markets around the US, has acquired a four-property portfolio from Digital Realty Trust. Two buildings in the portfolio represent one of the most important network interconnection points in the country: 900 Walnut St. and 210 N. Tucker Blvd., both in St. Louis.

The two interconnected buildings, formerly known as the Bandwidth Exchange, were converted to carrier hotels in the 1990s by a group of real estate investors. Since then, they have attracted close to 90 network operators total, providing access to networks that serve traffic to internet users in the St. Louis market and to numerous long-haul fiber networks.

Digital Realty bought them in 2007 for $53 million. Its current strategy, however, is focused on building and operating large data center campuses in top markets around the world, and St. Louis is a secondary US market.

The sale of the four-building package to Netrality is one of the final deals Digital will have made as part of an effort it started about two years ago to sell off properties it doesn’t consider core to its business strategy.

The other two buildings are smaller data centers in Virginia: 1807 Michael Faraday Ct. in Reston and 251 Exchange Pl. in Herndon. While both are fully occupied by a number of tenants, they are not strategically important to Netrality, which plans to sell them.

The company bought the Virginia properties only because Digital was selling them together with the St. Louis carrier hotels as a single portfolio it refused to break up, Gerald Marshall, Netrality president and CEO, told us. “It was offered to us as a portfolio, and so we plan on disposing of [the properties in Virginia] in the near future,” he said.

The 100,000-square foot building on Walnut Street in St. Louis is about 90 percent occupied, while the 400,000-square foot carrier hotel on North Tucker is about half full. The latter is practically an expansion of the former. They are interconnected by direct network links as well as by a fiber-optic loop that goes through the city.

The owners of 900 Walnut prior to Digital bought 210 N. Tucker because they were running out of space on Walnut, Marshall said.

The buildings fit well into Netrality’s model of buying core interconnection facilities in major data center markets. The joint venture got its current name early last year, but the partners behind it, Amerimar Enterprises and Hunter Newby, a data center and interconnection entrepreneur, have been buying network-rich properties since at least four years ago.

Today, Netrality’s portfolio consists of carrier hotels in New York, Philadelphia, Kansas City, Houston, and now also St. Louis. When it buys a building, the company usually builds a network meet-me room there if it doesn’t already have one, or upgrades or expands an existing one to make it easier for network and data center operators to interconnect.

The buildings form the region’s most important network interconnection hub, where content and service providers can reach last-mile networks that can carry their content to local end users. They are also a gateway to long-haul fiber lines, connecting St. Louis to other metros in the region, Marshall said.

One of the data center providers at 210 N. Tucker was 365 Data Centers, whose colocation facility there has also been acquired by Netrality.

One of the characteristics that makes St. Louis attractive as a data center location besides connectivity is an abundance of available power on the local grid. The grid was built to support a mass of warehouse and industrial companies that operated downtown in the past, according to The New York Times.

Those industrial users are no longer there, and little new office space has been built downtown in recent years, most of it going up in the suburbs, so there is no shortage of power capacity on the grid for data centers, not to mention some of the lowest energy rates in the country.

“The infrastructure is a prime draw downtown,” Brad Pittenger, former CEO of Xiolink, which converted a 100,000-square-foot office building in St. Louis to a data center, told the Times in 2011. “We have access to more power than you do in most locations in the country and also to advanced fiber optic networks for carrier lines.”

In 2014, a data center provider called Cosentry acquired Xiolink, adding St. Louis to its portfolio of properties across the Midwest. Earlier this year, Cosentry was itself acquired by TierPoint, a quickly expanding national data center services player.

Both the Xiolink building (at 1111 Olive St.) and 900 Walnut used to house printing presses. As digital media replaces print, more and more printing plants get converted for data center use. A massive data center in Edison, New Jersey, operated by IO, is a former New York Times printing plant. The data center QTS Realty launched this month in Chicago is where Chicago Sun-Times used to be printed.