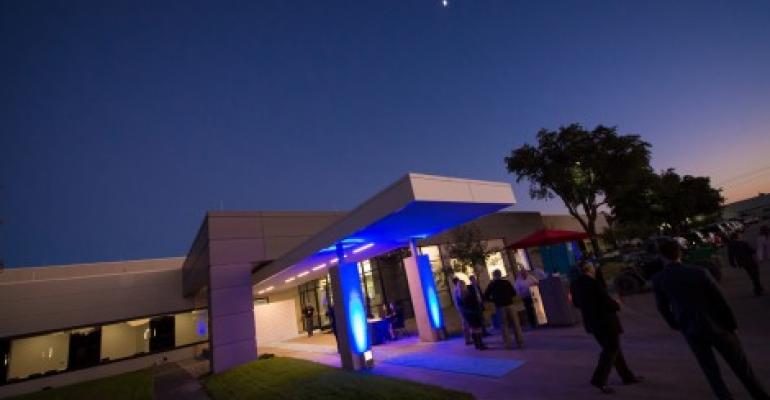 Your data center capacity is only as elastic as its least elastic component.

Aligned Data Centers, the New York-based data center provider that has found a way to address the problem of elasticity in the least elastic component of any data center – the power and cooling infrastructure – is taking things a step further by offering clients what its management believes is the most forward-looking approach to introducing elasticity to network provisioning.

Aligned has partnered with Plexxi, the data center networking technology startup that has to date raised more than $80 million from venture capital firms, including most recently from Google’s VC arm, called GV (formerly Google Ventures). The data center provider will offer its customers the option to buy a bundled data center solution that includes on-demand data center space, power, and cooling capacity as well as an elastic, software-defined networking solution.

While it has solved for enabling customers to provision power and cooling to any rack on-demand – going from 1kW to 25kW for example – many of the provider’s customers are still using traditional, inflexible networking architectures, dampening the value of its on-demand data center offering, Jakob Carnemark, founder and CEO of Aligned, said in an interview with Data Center Knowledge.

Giving them a modern SDN solution as an option helps Aligned advance its “pure utility model for the data center infrastructure,” he said. “In our opinion Plexxi is at the forefront of the networking solutions.”

The data center management software Aligned uses to provision power and cooling for its customers will be integrated with Plexxi’s network provisioning software. Customers that want to use this functionality, however, will also have to buy Plexxi’s hardware switches.

While Plexxi software only runs on Plexxi switches, they can be used with non-Plexxi software, Plexxi CEO, Rich Napolitano, said. This aspect reduces the fear of single-vendor lock-in potential customers may feel or the fear of investing in a solution by a startup whose future may appear to be less certain than the future of say Cisco Systems.

The company builds its own switches or integrates its software with so-called “brite-box” switches, which are essentially branded but software-agnostic commodity switches. “If you don’t like us, just boot Cumulus,” Napolitano said, referring to Cumulus Networks, one of the better-known makers of Linux-based data center network operating systems for open networking hardware.

Plexxi addresses on the networking side the same problem Aligned addresses on the data center infrastructure side: the problem of overprovisioning. Network architects usually overprovision bandwidth to data center racks because they cannot predict what the future demand of their applications will be. While this is an effective way to ensure you don’t run out of capacity, it’s not the most cost-efficient way to do it.

Plexxi’s software allows a user to move available bandwidth around your network dynamically, based on actual demand, Napolitano explained. Like Cumulus, it is based on Linux, and DevOps staff like it because it uses a commonly understood and well-used RESTful API and ST2 interface to communicate state of infrastructure components and applications, he said.

While Aligned will be a Plexxi customer, the companies plan to do a lot of joint sales activities, Napolitano said. The deal with Plexxi doesn’t mean Aligned is “moving up the stack” or becoming a managed service provider, Carnemark said.

Both companies are relatively new. Aligned, a subsidiary of Aligned Energy, launched its first data center, in Plano, Texas, last year and kicked off construction of its second site in the Phoenix market.

While Plexxi has been around for six years or so, “last year was really our first year of substantial revenue,” Napolitano said.

Corrected: Aligned Data Centers is based in New York, not Phoenix as this article previously said.