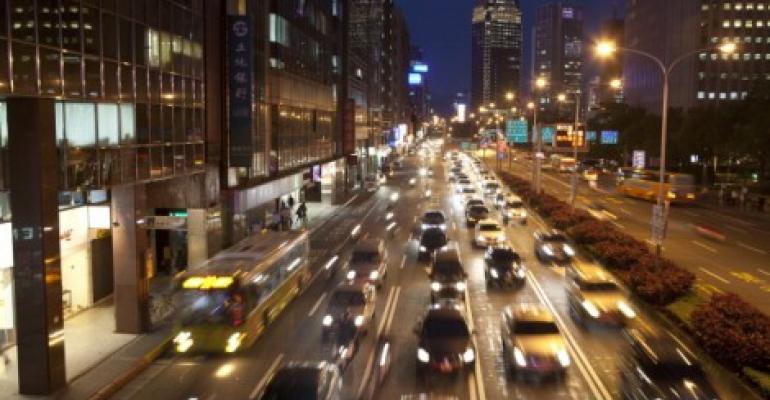 Taiwan Chip Designers to Lobby for Ability to Work With China

(Bloomberg) -- Taiwan’s semiconductor companies need the option of merging with Chinese companies in order to stay competitive amid a global wave of sector consolidation, according to one of the industry’s largest players.

Representatives of Taiwan’s chip companies will meet with government officials in the coming months to make a case for striking laws that restrict chip designers from Chinese investment, MediaTek CFO David Ku said.

"It’s like trying to compete with a global 800-pound gorilla," Ku said in a telephone interview. "I need to have the strategic flexibility, which means I can go anywhere, talk to anyone and ask for acquisitions or joint ventures with cash or shares. The way that the current Taiwan regulations restrict us, we’re basically not in the same playground."

Chip companies spent a record $113 billion on acquisitions last year, with Intel buying Altera for $16.7 billion in a bid to meet demand in data center and Internet of Things markets. Other giants like Qualcomm and Samsung Electronics have said they’re positioning themselves to reap next-decade opportunities associated with the Internet of Things, or technology that connects light bulbs, factory equipment and more to the web.

MediaTek, based in northern Taiwan’s Hsinchu, is one of the world’s biggest chipmakers and one of Qualcomm’s top rivals. Its products power low- and mid-tier Chinese smartphones. If regulations don’t change, Ku said, the company would be at a severe disadvantage compared with rivals around the world, especially Qualcomm and Irvine, California-based Broadcom.

MediaTek is a member of the Taiwan Semiconductor Industry Association, which will host public discussion forums and meet with the government to discuss the issue of opening designers to Chinese investment “probably in the next few months,” Ku said. Other association members include domestic leader Taiwan Semiconductor Manufacturing and chip packager Advanced Semiconductor Engineering.

Former civil war foes, communist China and democratic Taiwan have been separately governed since 1949. While the top leader from each side met for a historic handshake last year, a new independence-leaning Taiwan president is testing cross-strait relations.

Chip-related companies like packagers and testers are currently allowed to work with Chinese counterparts and Tsinghua Unigroup is moving in. Tsinghua, an affiliate of the prestigious Chinese university, is furthering Beijing’s plan to cut its reliance on foreign-supplied chips with a $30 billion investment plan.

Though Tsinghua has said it would be interested in investing in MediaTek, Taiwan designers remain off-limits to mainland firms due to intellectual property and job-flight concerns. While no merger and acquisition discussions have taken place given the current restrictions, Ku said Mediatek is open to working with the Chinese giant.

“If I don’t have that strategic flexibility when I need it, then I think it will have some impact on us,” he said. “When you see most of my global competitors doing that, then you can assume we’re not talking about ten years later.”