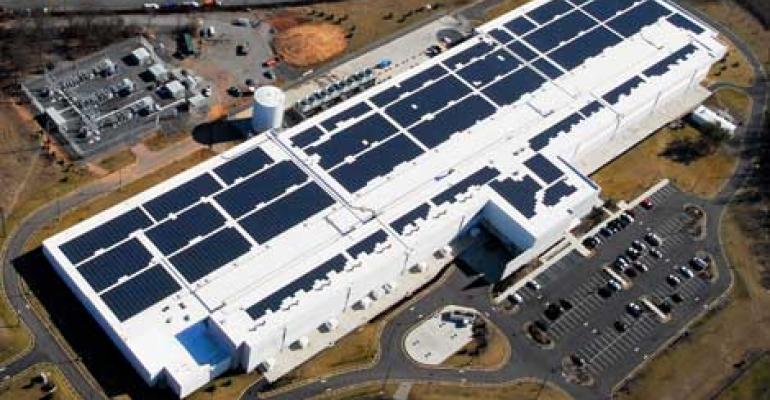 Exclusive: Why QTS Expects to Win Where DuPont Fabros Failed

Executing on CEO's low cost basis mantra and bringing a product better fit for the market, QTS has positive expectations in New Jersey

The fact that QTS Realty Trust stock has risen this year along with the entire data center REIT sector should not be surprising. However, many investors may not realize that QTS shares have gained 158 percent since the October 2013 IPO at $21 per share.

Part of the QTS secret sauce has been CEO Chad Williams' mantra that "low cost basis is forever."

Its recent $125 million purchase of the DuPont Fabros Technology data center campus in Piscataway, New Jersey, was a "stealth deal," announced only after it was completed.

How can QTS succeed where DFT struggled for years?

QTS CIO Jeff Berson warned us in an interview to beware of reports of slow leasing activity in New Jersey that only looked at large-scale deals, of 1MW or greater. The New Jersey market is not a great wholesale market -- the reason DFT sold and got out of New Jersey -- in large part due to high cost of electrical power.

QTS believes that the market sweet spot will likely be 250kW to 500kW deals and smaller-scale colocation deployments. The demand will mainly be from local customers looking to expand or companies looking to get a point of presence in the New York-New Jersey market.

The $125 million sales price equates to about $7 million per 1MW for the 88,000-square foot NJ1 facility. Berson believes that DFT spent $14 million per 1MW to build it initially, which according to QTS is more than would be required today to meet market requirements for space and power.

He estimated that it would cost $12 million per 1MW for a competitor to construct a large-scale ground-up data center ideally designed for smaller customers, with the flexibility to provide N, N+1, or 2N infrastructure redundancy. Higher costs for suitable land (above the hurricane flood plain), site development, and construction labor and material make the New York-New Jersey market a more expensive proposition than most other markets, Berson said.

While developing for $7 million per 1MW or lower might be achievable in Northern Virginia or Dallas, purchasing the well-built DFT facility and infrastructure for that price gives QTS a competitive cost advantage in New Jersey.

The Art of the Deal

The purchase price was also structured so that the deal would be slightly accretive from day one. There are nine customer leases in place, totaling 56,000 square feet, with one customer due to vacate in early 2017.

QTS will have to invest in capital improvements to allow smaller customers to operate efficiently in the 30,000 square feet immediately available for lease, but those costs would be relatively minor to the provider given the big picture, Berson said.

Another value-add is that only 14MW of the 18MW of available power will be used when the first phase is at capacity, he said. This would make 4MW available to help lower the costs of the the second 88,000-square foot data hall.

The existing leases have been "marked to market" by QTS. This means that when above-market leases expire, QTS should be able to re-let the space accretively. Additionally, the cash rent received by QTS for the remainder of the five-plus-year weighted-average lease terms will actually be higher than how the leases are booked under generally accepted accounting, or GAAP.

In a similar fashion, DuPont Fabros will book a $25 million gain on the $125 million sale to QTS, because the New Jersey campus had already been marked down on the books.

These are important REIT metrics which add back depreciation, amortizations, and other non-cash adjustments to earnings. AFFO is also referred to as cash available for distribution (CAD), which supports the REIT dividend distribution.

The QTS shares currently trade at an earnings multiple in the ballpark of 20x per share, so this makes acquisitions at lower multiples accretive to existing shareholder, rather than dilutive on an FFO/AFFO per share basis.