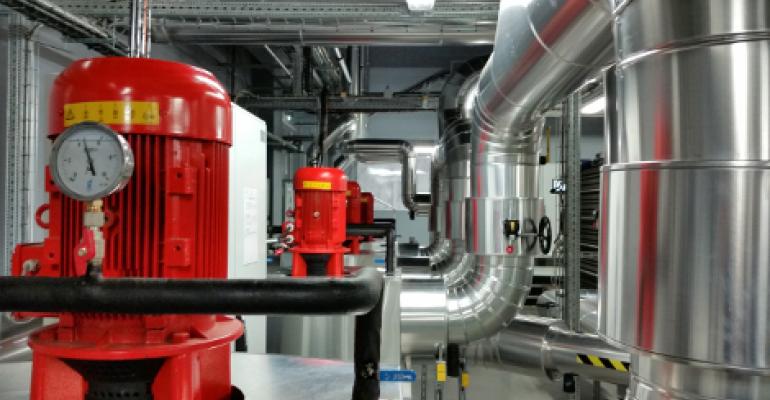 Cooling pumps at the French telco Illiad&#8217;s data center outside of Paris. The data center relies primarily on mechanical cooling but does use free cooling about 30 percent of the year (Photo: Yevgeniy Sverdlik)
DCIM InfoCenter

Mesosphere, the San Francisco-based startup behind the Data Center Operating System, has gotten a lot of attention – and funding – from the IT industry and venture capital heavyweights because of the way its software abstracts and orchestrates disparate IT resources and presents them as uniform pools of compute applications can use.

Based on open source Apache Mesos, DC/OS orchestrates bare-metal servers and VMs, regardless of where they are running, in a public cloud like Amazon Web Services or Microsoft Azure or in the user’s own data center. It owes its wide appeal to the wide variety of resources it reaches, but it hasn’t had visibility into one important aspect of enterprise infrastructure: the physical data center resources underlying the IT.

Taking things further, Mesosphere and Vapor IO plan to create a scheduler they say will give a user visibility into the cost of running a particular application on-premise or in a public cloud. Once they decide what type of environment is more cost-effective for that application, they will be able to use the scheduler, called Mist, to move the application to that environment.

Mist will work with applications that run in Linux containers, which will enable it to move workloads. Users will be able to orchestrate containers manually or automatically, Vapor IO said.

This is the second major technology integration Vapor IO announced this year. In March, the company said it was integrating its software and its atypical data center pod, called Vapor Chamber, with data center management software and data center modules by Chandler, Arizona-based Baselayer.