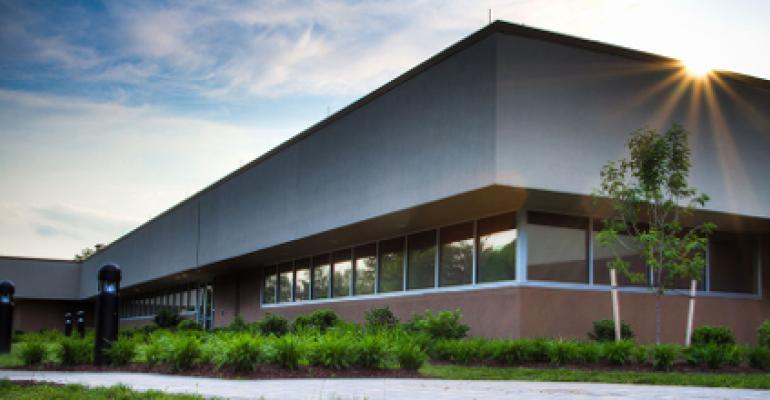 DBT-DATA&#8217;s Cyber Integration Center in Harrisonburg, Virginia. One of the tenants is QTS. (Photo: DBT-DATA)
Colocation

Properties in Ashburn and Sterling can accommodate huge builds

Both are big properties with potential for data center construction on huge scale, which DBT-DATA has specialized in.

While Northern Virginia has always been a very active data center market, DBT’s land acquisition comes at a time of especially acute demand. The market led the nation in total demand for data center capacity over the last two years, and this year is expected to be no different, according to a market report by the commercial real estate firm Jones Lang LaSalle.

One of the properties has a nearly 130,000-square foot shell in Sterling and can accommodate another 200,000-square foot building, the company said. It is adjacent to a CenturyLink data center.

The other is a 24-acre piece of land in Ashburn where DBT-DATA is planning a 600,000-square foot development. The site is adjacent to an AOL campus and sits about one mile away from an Equinix campus in Ashburn.

See also: Equinix Doubles Down in One of Internet's Most Important Locations

The developer has four operating properties in Ashburn, two of which are leased to RagingWire, a data center provider majority-owned by NTT Communications.

Construction of the center in 2007 was the developer’s first foray into the data center business. The primary business of DBT Development, DBT-DATA’s parent company, has been luxury condominiums.

Corrected: RagingWire leases two data centers in Ashburn from DBT-DATA, not one, as this article previously stated. The developer no longer owns the Cyber Integration Center in Harrisonburg. It sold the property in 2014.