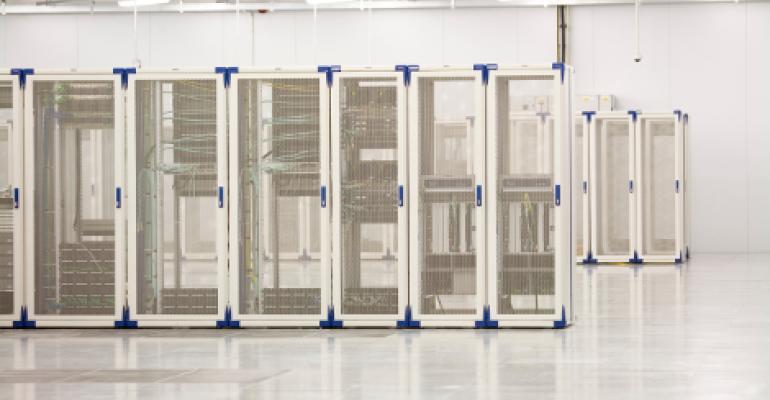 (Bloomberg) -- Tata Communications, part of India’s biggest conglomerate, announced the sale of 74 percent stake in its data center business to a unit of Temasek Holdings for an enterprise value of $633 million to raise funds for expansion and pare debt.

Singapore Technologies Telemedia is buying the majority stake in 14 data centers in India and three Singapore facilities while Tata Communications will retain the remaining 26 percent. The transaction is expected to close “in the coming weeks” and the proceeds will go toward new investments, according to Rangu Salgame, Tata Communications’ CEO for growth ventures.

“The sale will bring in cash which will improve our balance sheet,” Salgame said in a phone interview. “It will also help us invest in newer areas such as cloud and e-commerce. The new partner will co-invest and help in expanding the data center business.”

Related: The Allure of Singapore, the World's Second Gateway to China

Shares of the Mumbai-based company fell 1.5 percent on Thursday to 444.10 rupees, following a 4.2 percent rally the previous day when the company had said in an exchange filing that it would update investors about the sale status. The benchmark S&P BSE Sensex dropped 1.2 percent on Thursday. It will likely report financial results in the next 10 days as the audit process couldn’t be completed, it told bourses today.

The enterprise value for the Indian unit is 31.3 billion rupees ($465 million) and S$232.4 million ($168 million) for the overseas facilities, according to an exchange filing.

The transaction is the latest in the asset sale push that the coffee-to-cars conglomerate has been pursuing as Chairman Cyrus Mistry seeks to pare debt across Tata companies, cut costs and boost profit. Tata Steel, Tata Power and Indian Hotels, which wants to sell its Taj Boston hotel, are among group firms looking to dispose of non-core assets.

Tata Communications, which owns the world’s largest undersea fiber link, had a total debt of 95.95 billion rupees as of Sep. 30, according to data compiled by Bloomberg.

It had first informed bourses in July last year that it’s exploring “strategic options” for its data centers. The business unit has 45 data centers globally, Salgame said. “We haven’t contemplated selling stakes in data centers in other locations yet.”

Separately, Tata Communications, which was due to announce its earnings for the quarter ended March, said in a filing that the audit of its financial statements wasn’t completed and therefore not considered by the board at its meeting yesterday.

The company is also scouting for another buyer for its South African network operator Neotel after a proposed deal with a unit of Vodafone Group fell through in March following almost two years of regulatory tussles.