While UPS system failure is the number-one reason for data center outages, cybercrime comes in a close second, and Denial of Service, or DoS, is the most common form of cyberattacks on data centers.

That’s according to recent survey findings by the Ponemon Institute, a Michigan-based research center that studies issues of privacy, data protection, and information security. Earlier this year, Ponemon looked at the costs and reasons of data center outages, but a more recent study focused on costs associated with outages caused specifically by DoS attacks, since they are on the rise.

Also see: How to Create a Reliable DR Strategy

The institute conducts data center outage studies yearly. These studies are sponsored by Emerson Network Power, which is one of the biggest data center infrastructure equipment vendors.

DoS attacks as a root cause of unplanned data center outages have skyrocketed over the past six years: 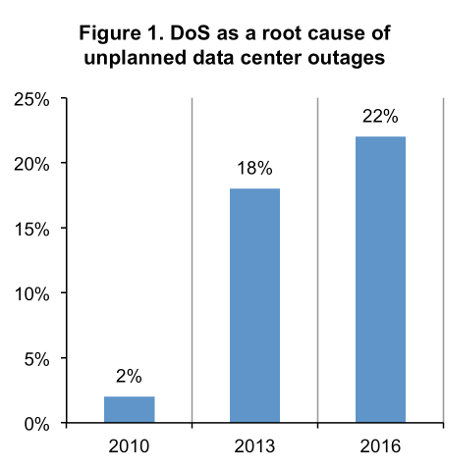 The average cost of a DoS attack to the organization has risen since 2010: 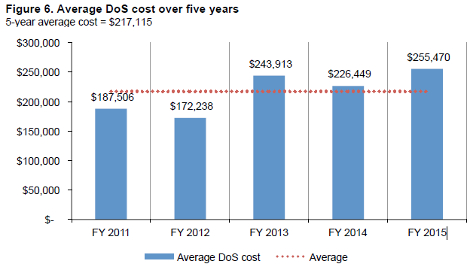 In 32 percent of the DoS attack incidents survey respondents reported, their data centers suffered a partial outage, while 17 percent suffered total outage. The study considers impairment to one or more servers a partial outage: 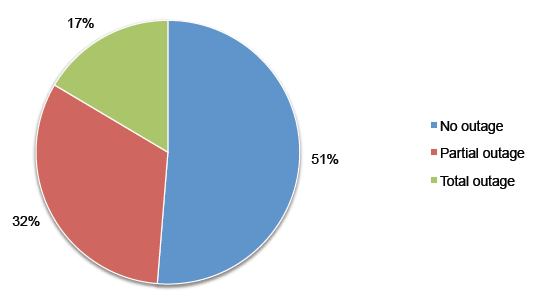