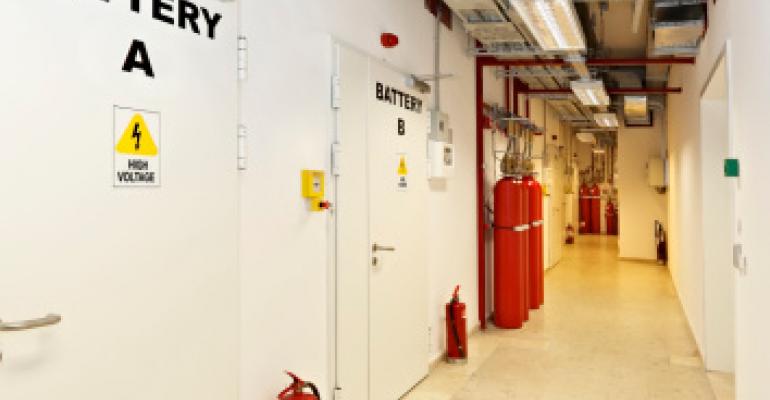 A pro-active strategy — which involves a periodic, comprehensive report on the data center’s power supply situation — could save as much as $3 out of every $5 spent on data center power.

There’s a general consensus that almost any degree of regular power and performance monitoring of the power supply systems of the data center will eventually result in cost savings. However, how soon will organizations reach that critical break-even point? In an effort to address customer concerns about up-front costs, facilities management service provider Canara announced on Tuesday it has begun offering its UPS power management service, called Insight+ for Batteries, on optional terms where the annual fee is replaced with a periodic subscription model.

“When you take a look at the battery monitoring industry as a whole, it really is not keeping pace in growth with the rest of the data center industry,” said Tom Mertz, Canara’s CEO, in an interview with Datacenter Knowledge. The biggest challenge he’s seen throughout the past few decades is that the up-front capital expenditure is great enough that customer organizations have to truly believe in the ROI potential of the service, before they’re willing to make an investment.

“We also felt that was a barrier of entry to some of the mid-size, mid-tier data centers,” Mertz added. Large data centers are usually more willing to provide the up-front capital, but the mid-tier and smaller data centers, for both on-premises enterprises and colocation, tend to plan their UPS expenditures every five years — right about when batteries are expected to fail.

It’s a process Mertz calls “replacing the acid,” not unlike changing the engine oil on an automobile. Car owners pat themselves on the back when they change the oil every six months; data center operators are praised when they replace the acid every five years on the dot. But what seems like vigilance may actually be incurring significant costs.

A more pro-active strategy — which involves a periodic, comprehensive report on the data center’s power supply situation — could save, by Mertz’ estimate, as much as $3 out of every $5 spent on data center power.

All that being said, Canara (which relocated its headquarters from San Rafael to Atlanta just last month) doesn’t bill itself as a complete DCIM solution. Indeed, Cologix integrates Canara’s monitoring lights and predictive analytics into its own DCIM platform.

The jewel in Canara’s crown up to now has been predictive analytics, which some might find unusual given the fact that battery failure patterns tend to be predictable, following an identifiable pattern. A 2014 global study by battery manufacturer BAE actually dubbed this pattern the “bathtub diagram:” the plot of failure rate over time. “Attention to proper maintenance will have the biggest influence on achieving the desired lifetime result, wrote the BAE researchers.

That was BAE’s definition of a proactive strategy, which involved following the care guidelines provided by the manufacturer (being a battery manufacturer itself, one would expect little else). What Canara would add to this picture is a system that alerts the operator when a failure pattern is being recognized.

But is full-scale predictive analytics (PA) truly necessary, when all a battery manufacturer suggests is that operators check the scale frequently and keep an eye out for bathtubs?

“While batteries, you would think, are all manufactured the same way and all have predictable trends associated with them,” responded Canara’s Tom Mertz, “that’s not necessarily the case. Because the battery has become a consumable, the general consensus is that the battery is just lead-acid, it decays, creates energy, and how complex is that? Well, there are a variety of different manufacturing levels and different processes that take place; so therefore, you get different trends and different scales.”

Those differences are recorded in Canara’s own database, said Mertz, whose details stretch back well over the past 20 years.

“In order to predict what happens on a battery,” the CEO told Datacenter Knowledge, “you have to be able to look backwards through the trends, apply those trends to the battery performance that’s currently going on. And then you can predict when that battery’s going to have a problem going forward.”

In a typical data center, he explained, there are passive monitors in place (some of which are Canara-branded) that can signal when a battery has reached a specified temperature, ohmic value, or voltage, and raise an appropriate alert. Usually that alert comes well before a complete battery failure — Mertz agreed that 30 days is a reasonable expectation, although some clients could set the thresholds as narrow as a few days. Canara’s PA will raise an issue prior to such a threshold being reached.

Could this be too proactive? Not if the objective of operators is to maintain the nominal state of the data center as a whole, as opposed to focusing on individual incidents. This more holistic approach is critical to a cost containment strategy, he said, where operators hope to demonstrate return on investment.

That ROI goal will only be accelerated, Mertz maintains, if up-front costs can be eliminated — which is the objective of Tuesday’s announcement.

“Data centers are very expensive facilities to build and operate,” the CEO reminds us. “So if you have a battery asset that’s worth $6 million, and that asset gets turned over every five years... if you have somebody who’s predictively and proactively monitoring that asset, and we can defer $3.5 million of that $6 million and put (it) into new electrical equipment that’ll make them more efficient, or build out more white space for clients;0 that’s where that return on invested capital becomes important in an asset like that. If we’re going to be able to help contribute to that, then I believe predictive analytics is a big part of the asset management that we provide.”