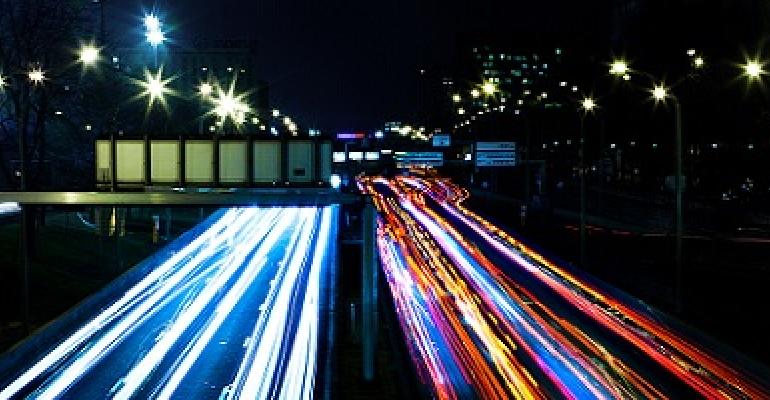 In what amounts to a complete reversal of its earlier, negative stance towards passive optical networking technology — evidently, by way of having completed its merger with Alcatel-Lucent last January — Nokia announced on Tuesday its official entry into the passive optical LAN (POL) market for on-premises data centers.

Nokia now says its POL will enable enterprises to reduce their capital and operational expenditures by greater than 50 percent, but attributes a big chunk of those savings to a factor that Nokia’s earlier incarnation, NSN, argued eight years ago might never come about: data center shrinkage.

“POL requires less cabling, fewer racks, LAN switches and patch panels,” reads a newly published Nokia white paper on the subject of its new product line. “This eliminates the need for telecom equipment closets on each floor or at every 100m as well as associated power supplies, air-conditioning and special cable channels. As a result, POL enables large savings on capital and operating expenditure. And the floor space freed up by eliminating unnecessary equipment can be used more productively.”

A New Way to Define “Home”

Passive optical technology promises to simplify networking technology within enterprises where data centers share real estate with their users. Ironically, it accomplishes this by adopting a technology called Fiber-to-the-Home (FTTH). Since its inception, FTTH was intended to facilitate connections between homes and businesses and upstream service providers, over single-mode with passive fiber lines up to 12 miles long (active connections, by comparison, could be 62 miles long).

Now, network engineers have taken to using the term “FTTx,” as a way of acknowledging that passive optical has a place in connecting clients, using fiber, to almost any point of contact.

At issue throughout the last decade has been the ongoing skirmish between fiber and copper as a connection medium. In an eyebrow-raising move back in 2008, the company then known as Nokia Siemens famously withdrew from the gigabit passive optical network (GPON) market, saying it would concentrate its efforts on DSL-based media such as VDSL2. While the company did acknowledge at the time the inevitable rollout of GPON and its underlying FTTH technology to the home (which is what the “H” stands for), it foresaw continued delays in rolling out GPON into the mass market — which would encompass businesses with data centers on-site.

In fairness, the “inevitable” transition to GPON, as was widely predicted in 2006, may be coming a decade too late. Even when Broadcom entered the GPON market in 2009 with components such as passive optical bridges, deep in the small print of its announcement came a warning that it would pay attention to “delays in the adoption and acceptance of industry standards in the markets for GPON gateway processor products.”

In a 6-K filing made in August 2008, Nokia reported, “the company plans to limit its investment into existing Gigabit Passive Optical Networks due to the fact that the mass market rollout of fiber-to-the-home is unlikely in the short term.”

Last year, however, came the first indications that the seeds of passive optical were taking root. A June 2015 report from analyst firm IHS revealed both GPON and VDSL technologies were enjoying 14 percent year-over-year gains. One fundamental driver, said IHS analyst Jeff Heynen at the time, was a sudden increase in demand from the utility provider market, which was looking to compete against cable companies.

Yet another fundamental driver may have been something of a “sleeper:” the move to GPON in the data center. While IHS says China accounts for half of the world’s GPON spending, there’s good reason to believe it’s not just about the growing demand for broadband in households.

In a corporate office, GPON connections only require passive components, with work areas connected to the equipment room by single fibers. Those fibers transmit both upstream and downstream signals simultaneously, by way of wave division multiplexing (WDM). This way, active Ethernet switches can be replaced by much smaller signal splitters that not only consume less space, but consume no power.

Less power consumption means less heat generation, which is where the GPON argument may finally be hitting home with enterprises. A 2013 white paper from networking equipment provider CommScope (citing data from Network Strategy Partners) showed that the streamlining of on-site data centers made feasible with GPON could reduce capital expenditures by up to 39 percent for single building deployments, and 41 percent for multi-building.

As CommScope’s diagram at the left shows, a typical data center (top) uses three types of connections for three classes of data (voice, data, and video). The adoption of GPON (bottom) replaces this segmentation with one single-mode optical cable, implementing connections both ways. Powered switches and cross-connects are eliminated at the closet level by non-powered optical splitters. An Alcatel-Lucent white paper on the subject [PDF] supports CommScope’s findings: A single GPON chassis, said A-L, could support up to 4,608 users on a single fiber with a 1:64 split ratio, while ordinary deployments only support 2,304 users with a 1:32 split. (A network with a 1:64 split ratio can support up to 64 optical network units.)

So now that Bell Labs is operated by Nokia, and the leading GPON proponent Alcatel-Lucent is now integrated into its one-time principal opponent, which technology will Bell Labs prefer: VDSL or GPON? In a study last February, for rolling out fiber-to-the-home the way FTTH was originally intended, Bell Labs concluded VDSL incurred between $250 and $300 lower capital costs per subscriber than GPON.

That sounds more like the old NSN’s way of thinking. But in seeking out strong use cases where GPON may be a clear alternative, Bell Labs pointed to “enterprises with demands that exceed the speeds that can be supported by the copper infrastructure.” In other words, the “x” in “FTTx” could very well stand for “office.”