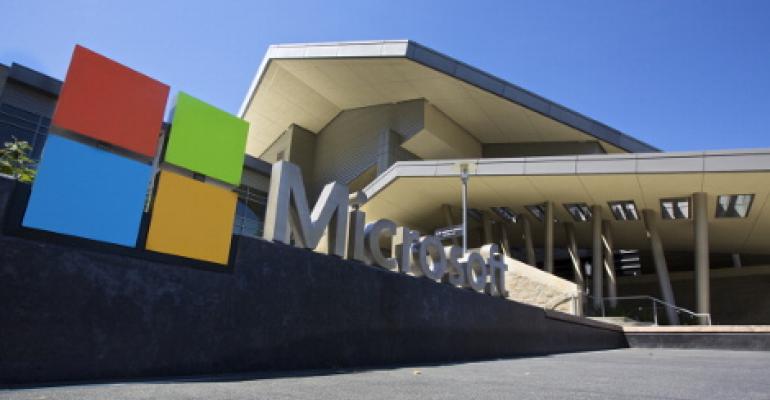 In-rack fuel cells are a promising technology, but there is a major catch

Fuel cells are an attractive alternative energy source for data centers, whose number and energy consumption continue growing at a fast pace, as people consume more and more digital services.

So far, companies including Apple and eBay have deployed large centralized high-capacity fuel cell plants to power some of their data centers. But Microsoft has been experimenting with placing smaller fuel cells directly into IT racks, an approach that promises to do away with the power distribution infrastructure necessary to bring power from the utility feed to each server and convert it to the appropriate type of electricity – a process that results in a lot of energy being lost.

While promising, the approach has one big problem that’s yet unsolved. Spikes in workloads servers need to process often result in significant spikes in power load, and fuel cells, which use a chemical process to convert gas to electricity, cannot ramp up their power output quickly enough. Traditional utility infrastructure handles such spikes very well.

The problem is that fuel cells that are available today, while capable of serving high electrical loads, cannot consume fuel quickly enough to ramp up their power output to keep up with data center demands.

A recently published paper, written by researchers from Carnegie Mellon University and Microsoft Research, zeroes in on this problem and proposes a way to solve it.

The two primary ways to address this issue that have been proposed before are power capping, or server throttling, which basically means not letting servers ramp up load beyond a certain set point, or using energy storage to absorb the spikes. Neither solution on its own is ideal, the researchers write, since power capping translates to performance capping, and since having high-capacity energy storage just for the biggest of power spikes – which are infrequent – means lots of expensive capacity sits idle most of the time.

According to the paper, it costs about $20,000 to increase capacity of the supercapacitors used to store energy by 1 kWh. “With an ESD-only solution that uses worst-case sizing, the TCO increases significantly to cover these infrequent occurrences,” the paper’s authors wrote. ESD stands for Energy Storage Device.

They propose a solution that combines power capping and energy storage in a way that can reportedly be a lot more cost-efficient without taxing performance. Called SizeCap, it is a framework for coordinating the sizing of ESDs and power capping.

They tested SizeCap and a variety of capping policies on simulated workloads and on actual production workloads in Microsoft’s data centers.

Most server power consumption spikes are mild. While big spikes do happen, they happen rarely, but regardless of their frequency, the data center’s electrical infrastructure has to be ready to absorb them.

Microsoft has been testing two types of in-rack fuel cells in recent years: ones that use natural gas and ones that use methane. In 2014, the company received a $5 million grant from the US government to study the latter in a joint project with the University of Maryland, fuel-cell vendor Redox Power Systems, and advanced-material specialist Trans-Tech.

Microsoft has been studying viability of using methane-fueled fuel cells to power data centers since at least 2012 in Cheyenne, Wyoming, where it launched a data center module powered by fuel cells that used methane generated by a municipal waste treatment plant. The company installed the module directly on the plant site.

The biggest actual production deployments of fuel cells in data centers have been different from what Microsoft is attempting with its in-rack research. They are large centralized high-capacity fuel cell plants, deployed primarily by Bloom Energy, which has made more progress than others in selling fuel cells to data center operators.

eBay, Apple, CenturyLink, and Equinix are companies that have publicly said that they have deployed Bloom’s solutions in their data centers.

You can find the Microsoft and Carnegie Mellon paper in its entirety here.