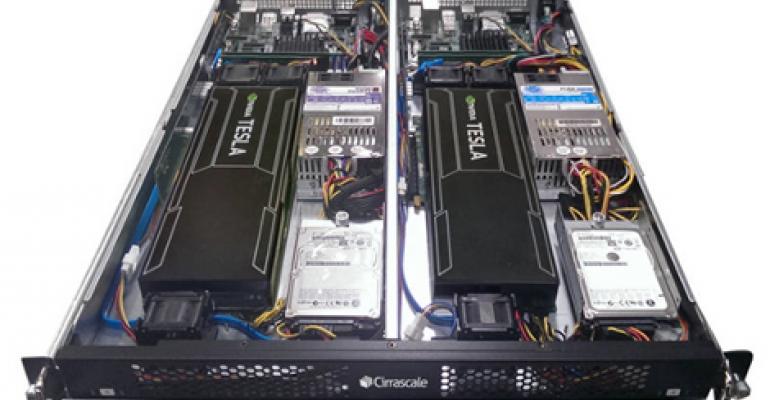 Understanding ARM Chips for Servers, the Cloud and IoT

What is the ARM computer chip architecture, and how is it being used for data center servers, in the cloud and on IoT devices?

ARM: It's one of the oldest computer chip architectures still in use today, and it completely saturates some markets. Yet it's only just beginning to penetrate others -- namely the cloud, IoT and servers. Where are ARM chips headed in these ecosystems? Here's a primer.

First, the ARM backstory: ARM is a type of architecture for computer chips. First developed in the 1980s to power PCs, ARM chips have ended up seeing their widest use so far in mobile devices, where they account for the vast majority of market share. Today, the number of ARM processors produced totals more than 50 billion. If you lined up all the ARM chips in existence, you could circle the globe about twelve times.

But that's old news for ARM. The most promising new frontier for ARM devices is not the mobile ecosystem but servers, the cloud and IoT devices.

ARM chips offer a number of important advantages in these areas. For one, they're usually less expensive than the x86 CPUs that have traditionally powered servers. They also tend to use less energy, which in turn means they produce less heat -- two crucial selling-points in an age when data center energy costs are skyrocketing, and in which IoT devices often have limited or sporadic power supplies.

ARM also offers a more flexible architecture. Unlike x86 chips, which were designed for a very specific purpose decades ago and have been plagued by backwards-compatibility issues ever since, ARM is a broad family of chip architectures. There are many different types of ARM CPUs. Hardware vendors can get ARM chips that are optimized for particular tasks, rather than having to work with the one-size-fits-all x86 architecture.

ARM for Servers, Cloud and IoT

If ARM is so great, why isn't it being used everywhere already? Why is it currently restricted mostly to the mobile ecosystem?

The answer has two parts. The first is that ARM actually is seeing increasing deployment on servers, in the cloud and in IoT devices. You just have not yet heard a lot about it because the market penetration so far remains small.

But it's not unheard of. PayPal is using ARM servers in its data centers. Google has signaled a willingness to adopt ARM servers -- although it remains to be seen how serious the company is about ARM. And just last week, Red Hat announced plans to bring its enterprise Linux product to the ARM architecture -- although there, too, expect a long wait before an enterprise-class product appears.

The second, more important part of the answer is that you can't just take software written for an x86 server and run it on an ARM chip. In many cases you have to rewrite some of your code, or at least recompile it so it runs on ARM chips. For that reason, switching to ARM servers or cloud applications requires overcoming a huge migration barrier. The obstacle is not just about having to buy new hardware. You have to re-architect your whole infrastructure, from the software stack through the servers.

But the migration is becoming less difficult than it used to be. Companies like ARM-as-a-Service are offering cloud-based migration tools designed to make it easy to port applications to ARM. Similarly, Online Labs provides ARM servers hosted in the cloud, allowing organizations to migrate to ARM without having to worry about setting up new hardware. That removes one big piece of the migration puzzle.

The surge of IoT, too, promises to drive ARM adoption. As a (relatively) novel field, IoT doesn't come with the legacy baggage of servers or the cloud. The IoT software being written now doesn't have to be backwards-compatible with applications designed for x86 environments. It can be created for ARM from the start. Combine that with the fact that ARM chips are much more cost- and energy-effective than x86 for building IoT devices, and you have a formula for ARM success in this market.

For now, though, IoT is just coming of age. There will still be some waiting before ARM-based IoT solutions dominate the market.

Will 2016 prove to be the Year of the ARM Server, Cloud and/or IoT Device? Frankly, we don't know. There are still too many variables and open-ended questions in this market. But ARM is certainly worth watching. It's going places it has never gone before.

This first ran at http://thevarguy.com/cloud-computing-services-and-business-solutions/understanding-arm-chips-servers-cloud-and-iot