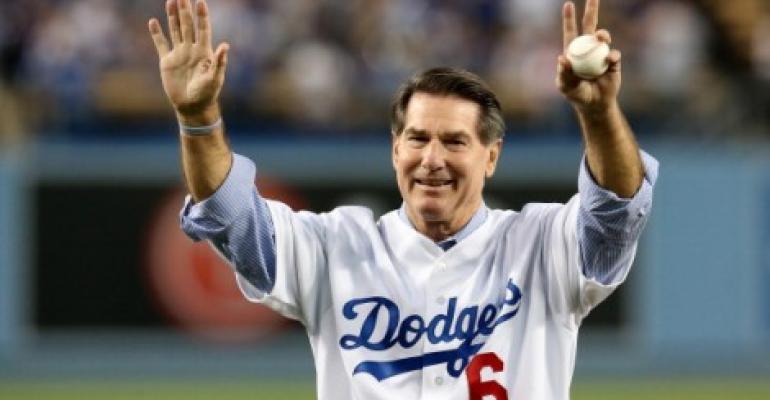 Steve Garvey: Living Out His Dreams

It’s a dream most 7-year-old boys can only dream about: being bat boy for his hometown teams, the Brooklyn Dodgers and the N.Y. Yankees, and later the Detroit Tigers during spring training.

The Data Center World keynote speaker recalled memory after memory on Tuesday; one even brought on a collective gasp from attendees when he talked about hearing the crack of the bat—not just any bat—but from homerun king Mickey Mantle.

It’s not so much what Garvey learned about the physicality of baseball that he remembers most but the words of wisdom from players like Robinson, who became the first black player in MLB in 1947.

“You can be the best player on field, but if you can’t think, problem solve, deduce, be passionate and use the knowledge you have, you’re probably not going to be professional,” the now 67-year-old paraphrased. “You play hard, you look and you listen.”

Little did that Brooklyn boy know that he had barely scratched the surface of dreams.

Garvey took those words, and many more, to heart during his years in Little League, up through high school, into college, as a professional and today as a retired champion.

He has a laundry list of accomplishments on the field as a first baseman for the Los Angeles Dodgers and the San Diego Padres. The ones he appeared most proud of as he spoke about his career didn’t focus on a batting stance or throwing motion.

“You must be passionate, you must dedicate yourself, and you must be relentless in the pursuit of your goals. If you do, you will be successful.”

For example, picture this infield from the 1975 Dodgers: Garvey’s on first base, Davey Lopes at second, Bill Russell at shortstop and Ron Cey at third. This foursome played together for a major league record eight seasons—one that Garvey insisted will never be broken.

Then there’s the streak of playing 1,207 consecutive games from Sept. 3, 1975 to July 29, 1983, a National League record. That landed him on the cover of Sports Illustrated as baseball’s “Iron Man.”

Nothing kept him from heading to the ballpark, suiting up, and playing each game with the same level of intensity. Garvey recalled playing at times with a hyperextended elbow, 22 stitches in his chin, a pulled hamstring, a bruised heel, a migraine, the flu, a 103° fever and a toenail so impacted they had to drill a hole in it to relieve the pressure.

Of course, we can’t leave out the fact that in his 19-year career, Garvey was a .294 hitter with 272 home runs and 1,308 RBI. And, he played an entire season at first base without an error. Interestingly, Garvey had little to no experience at first when he was asked to play.

“In our lives sometimes we’re asked to do something we may not understand, or not feel good about; but you have to seize the moment,” he said. “Sure, you make mistakes and you keep getting knocked down. But, if you don’t reach for perfection, you won’t accept excellence.”

Following Garvey’s presentation, he asked the audience for questions. One man stood up and asked for his thoughts about not yet being inducted into the Hall of Fame after all these years. It’s one he’s been asked over and over and over again.

“When it comes down to it, it’s not about the back of my jersey (Garvey) as it is the front (Dodgers, Padres).” Despite living out many dreams throughout his life, making the Hall of Fame remains the most elusive.

“To be honest, I am disappointed. I always thought of my career as a body of work and not just about numbers.”