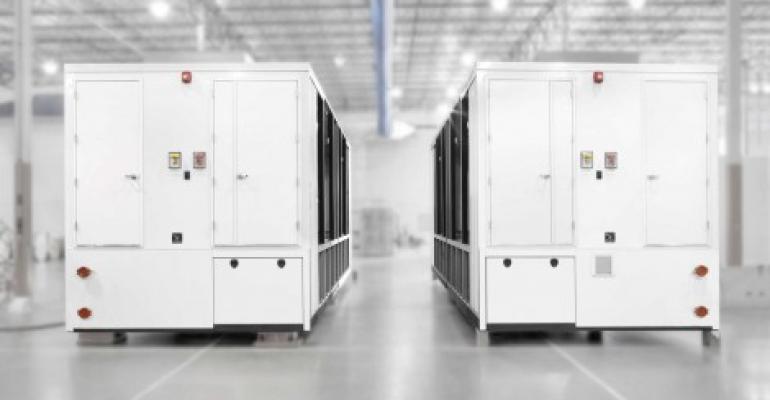 This marriage has birthed a data center Russian Doll of sorts.

Two of the more unusual data center technology companies, Vapor IO and BaseLayer, are integrating their modular data center technologies, including hardware and software, with the combination resulting in some of the industry’s highest power density data center footprint that can be deployed just about anywhere with access to power and network connectivity.

At least one customer is already taking advantage of the combo, according to Vapor IO CEO and founder Cole Crawford. The customer, whose name he could not disclose due to confidentiality agreements, is looking to deploy “north of 20” BaseLayer modules – which are basically full-featured data centers that come in a form factor similar to a shipping container – and many of them will have Vapor IO’s Vapor Chambers inside.

The modular data center will be built inside a warehouse north of Austin, Crawford said.

He didn’t specify which BaseLayer modules the customer will deploy, but the Vapor Chamber, which is a cylindrical pod, 9 feet in diameter, with six wedge-shaped IT racks, now supports two of the Chandler, Arizona-based company’s modules. One can house three chambers (up to 450kW), and the other can house five, “and you’re just shy of 1MW,” Crawford said. 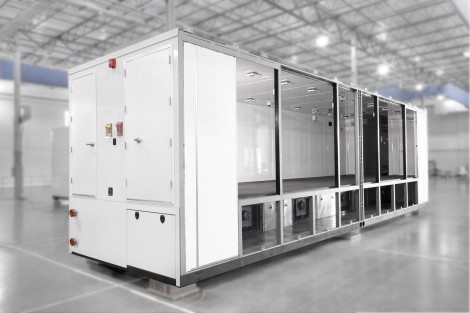 IO, the company BaseLayer came out of, was a pioneer in the data center provider space about six years ago, introducing a business model that combined being both a technology company and a provider of data center space and power at the same time. The company engineered and manufactured data center modules customers could buy or lease and keep them either in one of IO’s warehouses or in their own locations.

IO also created its own Data Center Infrastructure Management software, originally named IO.OS. It used it to manage its customers’ data center infrastructure and sold it as a stand-alone DCIM software product.

Austin-based Vapor IO is a much younger company, which shook up the data center industry last year when it came out of stealth with its Vapor Chamber, challenging one of the most fundamental concepts in data center design: the straight data center aisle.

The chamber packs a lot of IT power in a relatively small footprint. Instead of hot and cold aisles you’ll find in a typical data center, it takes in cold air from its surroundings and pushes hot exhaust air into a “hot air column” in its center. A variable-speed fan at the top of the chamber sucks the hot air out.

OpenDCRE does what Intel’s 17-year-old Intelligent Platform Management Interface does, feeding server health data about the operating system, CPU, or firmware to Baseboard Management Controllers. It is an open source alternative to proprietary IPMI, but it also presents data in a way that’s more appropriate for modern systems, according to Crawford, using an API and the popular JSON format.