https://www.datacenterknowledge.com/sites/datacenterknowledge.com/files/logos/DCK_footer.png
Recent
Recent
The Future of Edge Computing in the COVID Era
Aug 06, 2020
Microsoft Plans to Reuse More Server Parts with the Help of AI
Aug 04, 2020
Cyxtera Launches AI Hardware as a Service in Its Data Centers
Aug 04, 2020
IoT in the Enterprise: Watch out for Ransomware
Aug 04, 2020
Filecoin to Spur Decentralized Data Storage in New Internet Era
Aug 03, 2020
Featured
Resilience in a Pandemic: Smaller Data Center Providers Hang On, Hold Fast
Jun 01, 2020
How the Data Center Technology Market Is Faring in the Pandemic
May 27, 2020
Microsoft Says It’s Built a Top-Five Supercomputer in the Cloud for AI
May 21, 2020
Rules Rewritten: Managing Data Centers Through the Pandemic
Apr 07, 2020 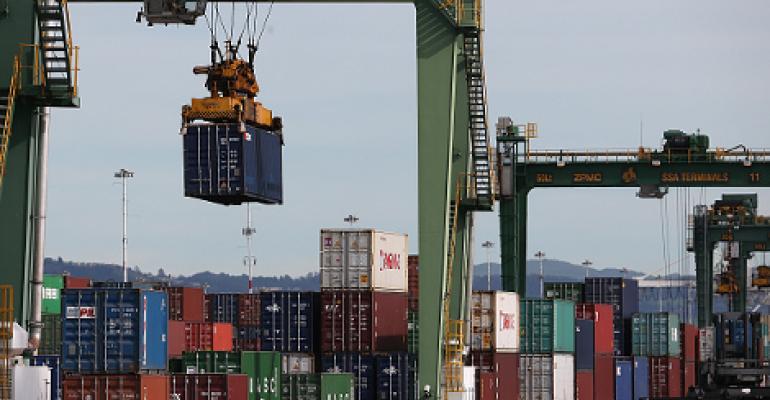 A shipping container is moved with a crane before being loaded onto a ship docked at the Port of Oakland in Oakland, California. (Photo by Justin Sullivan/Getty Images)
Shared

Swarm and Kubernetes are part of the burgeoning ecosystem of container orchestration platforms that have arisen in recent years to help admins manage container-based cloud environments. Other popular solutions in the same niche include Amazon ECS, Apache Mesos, and Openshift, among others.

As Docker noted in a recent blog post, market share is currently split relatively evenly between Swarm and Kubernetes. A survey showed that they are the most popular container orchestration platforms, with Swarm enjoying only a slight lead. (Amazon ECS comes in a close third.)

But Docker also suggested that those results are surprising. According to the company, Swarm, its home-grown cluster management solution, clearly beats out the competition.

To make that point, Docker commissioned benchmark testing by a third-party consultant, Jeff Nickoloff. The tests compared Swarm and Kubernetes performance and response time at different levels of scale.

The full results are detailed in Docker's blog post. But the major finding was that Swarm delivers performance that is about five times faster overall. Under circumstances -- namely, when the cluster workload reached 100 percent -- Swarm was as much as 98 times faster than Kuberetes. (Yes, that's 98 times faster, or 9800 percent.)

Docker chalked the differences up to what it describes as a simpler, more streamlined design for Swarm. In contrast, it said, Kubernetes is "overly complex and [needs] teams of cloud engineers to implement and manage it day to day."

To be sure, the fact that the benchmark tests were commissioned by Docker raises some questions about how neutral they were. In addition, the scale of the environment that Nicoloff used for testing -- 30,000 containers running on 1,000 nodes -- may be different from what many organizations would consider a large-scale cluster. That means it's unclear whether Swarm would outpace Kubernetes in all real-world situations as well as it did in the benchmark tests.

Still, the message Docker wants to send is clear. The company is pushing organizations to adopt its cluster management solution rather than going with a third-party tool. That is notable because Kubernetes can manage Docker containers just as well as Swarm can. Kubernetes is not a threat to Docker's main product, which is containers. But Docker hopes enterprises will adopt more than Docker containers. It wants them to use Docker products at all levels of the cloud stack.

Expect this to remain an important part of Docker's strategy as the company's software and business model continue to mature.

This first ran at http://talkincloud.com/cloud-computing-and-open-source/container-wars-benchmark-test-pits-dockers-swarm-platform-against-ku