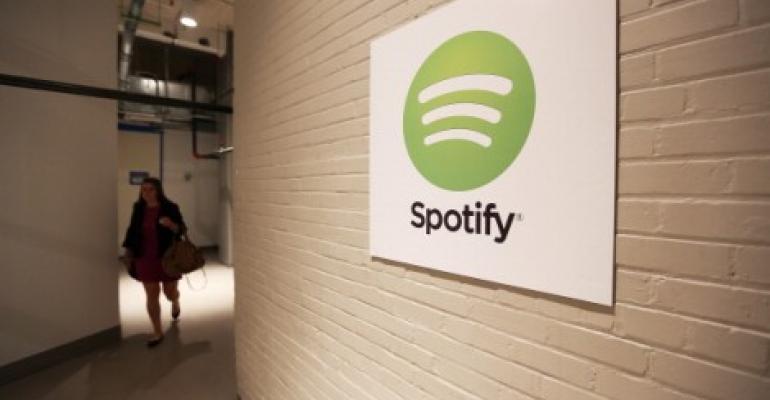 Spotify Ditches Own Data Centers in Favor of Google Cloud

Streaming music service Spotify is migrating its infrastructure to Google Cloud Platform, the company announced this week, calling the move a “no-brainer,” due to the balance of high quality, performance, and low-cost storage, computing, and networking services shifting in favor of cloud. Like any complex migration, however, it is expected to take time.

Headquartered in London, Spotify has offices around the world and is available in 58 markets. The service has more than 75 million active users with over 30 million songs available for streaming. All of this equals a ton of content that has to be delivered seamlessly to global audiences.

By spending less time and money on its data centers, as the story goes, it should be able to free up resources for other areas of its business that touch end users. It’s already made some investments in that area, acquiring Cord Project and Soundwaveto “boost Spotify’s existing strengths in developing engaging and innovative music experiences.”

Netflix was the latest streaming giant to say goodbye to its own infrastructure, opting to go all-in on AWS cloud. Between AWS, Google, and Microsoft, it's likely that we’ll see a lot more of these types of announcements of customers putting all their chips in the cloud.

“Historically, we’ve taken a traditional approach to doing this: buying or leasing data center space, server hardware and networking gear as close to our customers as possible,” Nicholas Harteau, Spotify VP of engineering and infrastructure said in a blog post this week. “This approach has allowed us to give you music instantly, wherever you are in the world. But in a business growing quickly in users, markets and features, keeping pace with scaling demands requires ever increasing amounts of focus and effort. Like good, lazy engineers, we occasionally asked ourselves: do we really need to do all this stuff?”

The answer has changed to the negative for Spotify, which was ultimately won over by Google’s data platform and tools, according to the announcement. Google’s data infrastructure, including Dataproc traditional batch processing, Pub/Sub event delivery, and BigQueary’s “nearly magical abilities” provide a significant advantage to Spotify.

“What really tipped the scales towards Google for us, however, has been our experience with Google’s data platform and tools. Good infrastructure isn’t just about keeping things up and running, it’s about making all of our teams more efficient and more effective, and Google’s data stack does that for us in spades,” Harteau said.

Spotify is fairly active on its engineering blog, recently breaking down its “event delivery system," one of the foundational pieces of its data infrastructure.

This first ran at http://www.thewhir.com/web-hosting-news/spotify-ditches-its-data-centers-plans-migration-to-google-cloud-platform