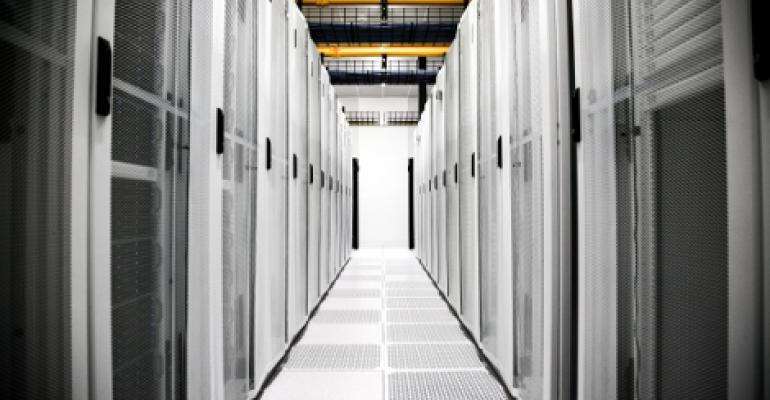 This month we focus on data centers built to support the Cloud. As cloud computing becomes the dominant form of IT, it exerts a greater and greater influence on the industry, from infrastructure and business strategy to design and location. Webscale giants like Google, Amazon, and Facebook have perfected the art and science of cloud data centers. The next wave is bringing the cloud data center to enterprise IT… or the other way around!

Just like a popular YouTube video is cheaper to deliver from a data center that’s in the same geographical region than from a remote one, both providers and users of enterprise cloud services benefit if the services are delivered from a local data center.

Quickly growing adoption of cloud services by enterprises has driven edge data center specialist EdgeConneX to locate its latest facility in Minneapolis. The Minneapolis-St. Paul metro has a population of about 3.8 million, yet digital content and cloud services consumed by its residents and companies have traditionally been served from data centers 400 miles away, in Chicago, Clint Heiden, chief commercial officer at EdgeConneX, said.

“When you have a [market] the size of Minneapolis-St. Paul pulling from another core market like Chicago, that to us screams like an edge market,” he said.

Over the last two to three years, EdgeConneX has built 23 edge data centers in markets around the US, where, like in the Twin Cities, users of digital services had traditionally been served from data centers located elsewhere.

Serving content from afar becomes expensive for content providers, who end up paying a lot of money for transporting data over long distances, while the quality of user experience suffers. An edge data center is a place where content and cloud providers cache data that’s in high demand in that particular location, and where local Internet Service Providers, the so-called “eyeball networks,” access that data and deliver it to their customers.

By building data centers with those essential elements – content providers and eyeball networks – in markets that don’t already have them, companies like EdgeConneX in effect extend the internet’s edge.

The big ISPs at the new Minneapolis data center, which came online late last year, are Charter Communications, Comcast Corp., and one other company whom Heiden declined to name citing confidentiality agreements. Comcast is an investor in EdgeConneX and has presence in most of the data centers in its portfolio.

He also declined to name any content or cloud providers that were using the facility, but said the primary purpose of Comcast being there was to enable direct private network connections to major cloud providers. These types of cloud onramps enable companies to bypass the public internet when using cloud services, leveraging private links which are reportedly faster and more secure.

Earlier this year, EdgeConneX started building out its presence in Europe. Starting with a data center in Amsterdam, the company plans to take its edge data center model to Ireland, Italy, France, Austria, Germany, and the UK.

You are not very likely to encounter an EdgeConneX employee at one of its data centers. Save for a few sites, the company manages its substantial portfolio remotely, using EdgeOS, a Data Center Infrastructure Management system designed in-house.

None of the DCIM software tools on the market ticked all the boxes on the company’s list, so it had to live with the expense of developing its own solution, Heiden said. EdgeConneX needed a system that would enable it to automate management of a massive fleet of data centers and also enable it to offer customers similar price points to wholesale data center providers.

EdgeOS can authenticate users remotely, including facial recognition and badge-controlled access, and monitor customer SLAs all the way down to component level, humidity, and temperature. It can be used to accept shipments, enter customer tickets, or monitor rack density and overall energy efficiency.

As much as possible, EdgeConneX sticks to the same design in every data center build it undertakes. “Each of our data centers is roughly 90 percent similar to the rest,” Heiden said.

It’s cheaper to replicate a design as much as possible than to start from scratch every time, especially if the company is expanding at EdgeConneX’s rate. But the service provider is also aiming to make its data centers in different locations feel similar to customers – the same uniform approach retail chains have adopted.

The Minneapolis facility came online with 2MW of power capacity and 15,000 square feet of raised floor, but there’s room to expand north of 4MW if necessary, Heiden said.

The most important design element that distinguishes edge data centers, or any data centers that host cloud services, is high density. EdgeConneX designs its facilities to provide 15kW to 20kW per rack. Customers that need densities like that “tend to be your internet content and cloud companies, and also the broadband community,” he said.

Not Expanding as Quickly as Expected

In early 2015, Heiden told us EdgeConneX would add 10 data centers to its portfolio before the end of the year, which would take it from 20 data centers at the time to 30. Minneapolis being its 23rd location, it obviously didn’t expand as rapidly as he had expected.

“We didn’t quite get to 30; we ended up at 23. A number of mergers got in the way and slowed some of the growth,” he said this week but declined to elaborate. However, the company continues to believe that the number of edge data center markets in the US is “far north of 30.”

Some of the 23 facilities EdgeConneX has built filled up quickly, and some have seen slower fill-up rates, which was expected, since market dynamics differ from region to region. “Miami has filled very quickly; Austin fills very quickly; Denver, Seattle, Santa Clara, Phoenix – those markets fill quicker than Jacksonville and Tallahassee,” Heiden said.

“But in general, the footprint has very good utilization. We’re happy with the fill rate.”