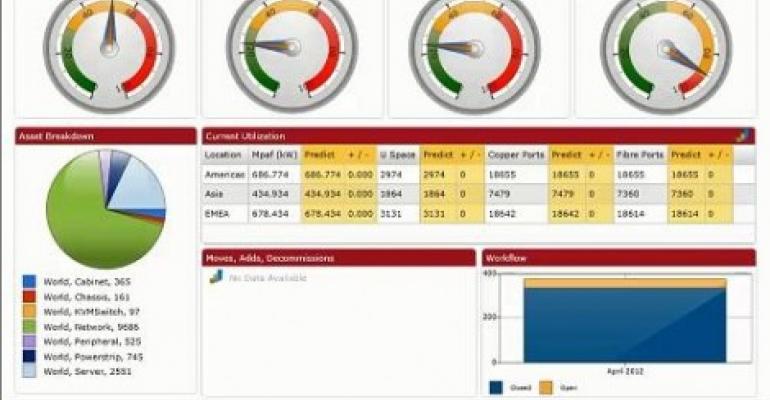 Each company’s individual strength is complementary to the other’s, and many data center operators have deployed both. Combination of the two makes for a stronger rival to the big data center infrastructure vendors that also sell DCIM suites, because customers generally prefer a single suite with a single vendor for all the functionality they need.

FieldView’s unique strengths are real-time data collection and predictive analytics. Its software simulates the entire electrical infrastructure chain in a data center and analyzes it to uncover single points of failure or to predict what would happen if one or multiple devices in the chain failed.

Read more: Who is Winning in the DCIM Software Market?

Nlyte’s existing real-time monitoring capability is limited in scalability, the company’s CEO Doug Sabella said. FieldView, whose technology had its start in a custom software project for one of the world’s largest financial services giants, was built for massive scale from the beginning.

The way Sabella put it, Nlyte understands the organs, while FieldView is really good at monitoring blood flow. FieldView can ingest 300,000 to 400,000 data points per minute, the company’s founder and CEO Fred Dirla, said.

“I would call Nlyte and FieldView best-of-breed products in their respective field,” Rhonda Ascierto, a data center technologies research director at 451 Research, said. “This is a good deal. They absolutely complement each other.”

Nlyte has been one of the pioneers in building on DCIM software to create a comprehensive solution that helps IT managers provide services to their users, she said. It integrates with a wide variety of IT service management solutions, server virtualization platforms, and configuration management databases, combining its sophisticated IT asset management capabilities with the tools IT managers rely on day to day.

FieldView monitors temperature and power consumption at the individual device level in real time and can either feed that data into third-party systems or deposit it into a data warehouse for further analysis. Its power-chain risk analysis is a separate but substantial capability.

Industry analysts have consistently placed Nlyte in the small group of leaders in the DCIM software market, where it competes head to head with the giants Schnider Electric and Emerson Network Power.

One of the things that differentiates it from the two giants is its pure-play DCIM business model. In other words, Nlyte is not interested in selling air conditioning units or power distribution equipment. “We have no hardware agenda,” Sabella said.

Nlyte has about 220 customers, including federal agencies, financial services firms, technology companies (Cisco, for example), telecommunications firms, such as Verizon, and companies in consumer products and healthcare, according to Sabella. FieldView serves a similar mix of industries but a smaller customer base, Dirla said.

Terms of the transaction were not disclosed. But, according to Sabella, “it was not a fire sale. It was real money.”