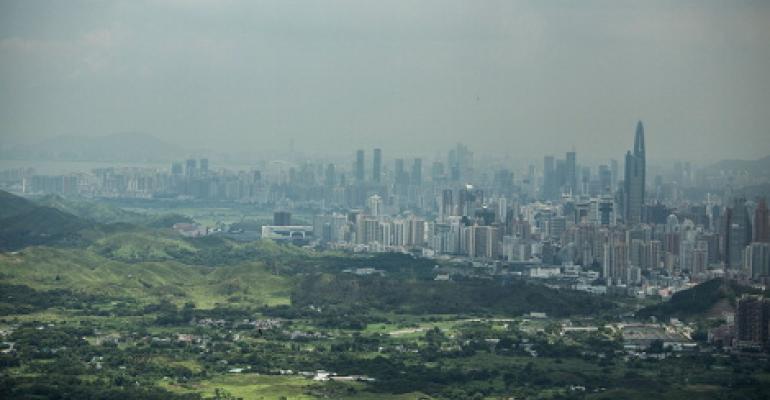 Hong Kong, along with Singapore, has emerged as a first stop on the digital business journey out of or into China

Hong Kong may be one of the world’s tiniest nations, but its importance on the internet’s global map is huge, and, if the Hong Kong government plays its cards right, that importance is only going to grow.

Hong Kong is important because China is important. As China’s Special Administrative Region, it is more westernized and open than the People’s Republic. It is both a springboard and a gateway between the recently emerged economic powerhouse and the rest of the world.

The Hong Kong data center market is a springboard in the sense that international service providers that want to serve China often start in Hong Kong, which doesn’t have requirements like China’s Internet Data Center License, uncertainty about data privacy, or anything like the Great Firewall of China. “Companies understand the risk of going directly to China,” Tan says.

It’s a gateway in the sense that digital business flows through it both ways: international companies use it to get into China, and Chinese companies, from search engine and cloud giants to online gaming and mobile app developers, set up shop in Hong Kong before they branch out into Southeast Asia, Europe, or North America. Tencent followed this path, and so did Alibaba, to name some of the biggest examples.

This of course makes Hong Kong one of the world’s most lucrative markets for data center service providers. Tencent uses services of the Hong Kong data center provider HGC GlobalCentre, while Alibaba’s cloud services subsidiary Aliyun uses Towngas Telecom and another Hong Kong telco to serve customers outside of China, Tan says. Aliyun also has data centers in Singapore and, since last year, in the US. In July, it announced a plan to also launch data centers in Europe and the Middle East.

These providers brought in $616 million in revenue last year, and the market is projected to grow by 15 percent in 2016. By 2020, Structure expects the Hong Kong data center market to reach $1.39 billion. 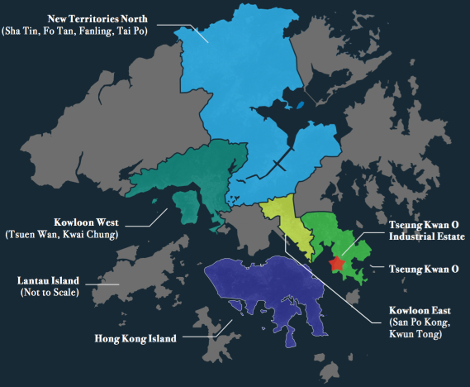 Unlike the major US data center markets, places like Northern Virginia and Silicon Valley, the data center hubs in Tseung Kwan O and Kowloon West didn’t form because of circumstances. The supply of land in Hong Kong is extremely tight – which is one of the hardest aspects of entering the market or expanding there – and the government decides what gets built where. Both sub-regions are data center hubs because the government specifically set land aside within them for data centers, Tan says.

Data centers do get permitted and built outside of those designated areas, called Industrial Estates, but the highest concentration is within them. Operators have announced three new data centers that will launch over the next two to three years – by China Unicom, Global Switch (a new provider in the Hong Kong market), and iAdvantage – all of them in Tseung Kwan O.

Not only does the government tightly control land supply in Hong Kong, it also has some fairly restrictive rules for using the land it does set aside for data centers. For example, a data center operator in the Tseung Kwan O industrial estate isn’t allowed to sublet space within their facility there, Tan says. They can provide data center services, but they cannot give the tenant full access control. In other words, the wholesale data center lease model, where the provider simply collects rent and has no access to the facility, unless the tenant permits them, doesn’t work there.

Providers have found ways to work around the rule, Tan says, and he isn’t aware of any company having to pay penalties or shut down because they broke it, but it does create a different set of problems than in other markets.

Regardless of its problems, be they the tight real estate market, the hands-on government, or high electricity rates (anywhere from 13.5 to 20 cents per kWh, depending on location), Hong Kong’s proximity to mainland China and its strategic hub status make it one of the world’s most attractive data center markets.

While it’s hard to build new data center capacity there, there is currently a lot of capacity available in existing data centers, Tan says, which is an important thing to understand for companies considering Hong Kong as the location for their next data center. “The market is developing, and there is still a meaningful amount of runway left for the current inventory that is built out.”