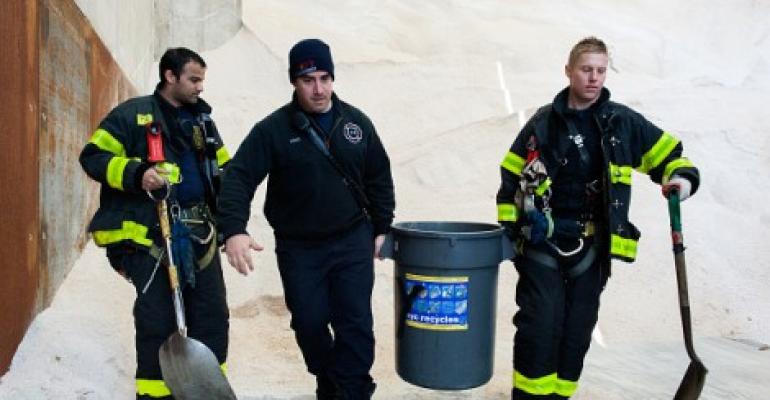 How East Coast Data Centers are Preparing for the Storm

As East Coast residents stock up on supplies in preparation for what is expected to be one of the biggest winter storms in the region’s history, data center providers, whose job is to make sure some of the most critical infrastructure remains online, have been making preparations of their own.

We asked some of the biggest service providers that have data centers in the affected areas to share their preparation steps. Based on their responses, here’s a list of steps data center operators are taking to prepare for severe weather:

Test and Top off Backup Generators

Utility power outages are common in severe weather, and your data center resiliency is only as good as your backup power systems are. In preparation for the storm, data center providers go to great lengths to make sure their generators work as they should.

“The most important precautionary measure is to make sure the generator fuel tanks are full, since utility interruptions are a likely possibility,” said Asa Donohugh, director of property operations at Digital Realty Trust.

Stock Up on Supplies

Make sure data center staff have enough supplies to stay comfortably in the facility for the duration of the storm. Enough food, water, cots, and first-aid kits are a must.

“We’ve brought in extra food and provisions,” Bill Dougherty, senior VP and CTO at RagingWire, said. “We have food, showers, and cots, and some portion of our staff will likely stay onsite for the duration.”

Have More Staff Onsite than Usual

You have to prepare for the worst, and that means all hands on deck. “We have staffing contingency plans in place for facilities, data center operations, and security staff at these facilities,” Jim Reinhart, COO, QTS Realty Trust, said.

Keep Customers in the Loop

Keeping customers informed about what the data center provider has done to prepare as well as providing regular updates throughout the storm is crucial. It is times like these that truly test the level of service you’re providing to them.

“We’ve communicated our plans to our customers and encouraged those who have staff onsite to make similar arrangements and coordinate with us,” RagingWire’s Dougherty said.

“Communicating with our customers during preparations and throughout an event is equally important,” said Scott Davis, executive VP and CTO at DuPont Fabros Technology.

You’ve created emergency action plans and trained your staff to properly implement them. As the storm approaches, it’s a good time for review.

“Leading up to an event, we review our preparation checklists, emergency action plan, and contingency plans with all data center essential personnel,” Davis said.

More than one company is usually involved in keeping a data center running, and operators have to make sure all their vendors are on standby in anticipation of a storm.

Frank Tutalo, spokesman for CenturyLink, said these include not only companies that service infrastructure but also snow and ice removal vendors, who are “engaged to clear all customer parking and access into the data center.”

Ensure Nearby Lodging for Staff

Nobody wants to sleep in a data center if they don’t have to, so, in addition to having cots for personnel onsite, many operators also secure rooms in nearby hotels for employees who either have to be onsite for work or who cannot leave due to poor travel conditions.

CyrusOne closely monitors thawing and freezing effects and snow loads on data center roofs. “Leak diverters and water containment systems are maintained on site for any event,” a spokesman for CyrusOne said. “Roof drains are continually monitored and cleaned regularly to prevent ‘ice dams’ from forming.”

“All roofs have been inspected over and above normally scheduled inspections,” CenturyLink’s Tutalo said.

Ride Out the Storm Inside

While RagingWire has rented extra all-wheel-drive trucks to transport staff if necessary, Dougherty said it’s best to encourage staff to ride out the storm inside the facility rather than trying to go home.

“They’ve made arrangements with their families so their homes are safe and prepared too,” he said.

When the storm is over, it’s not time to relax. It’s time to see if it has done any damage.

“After an event, we have a comprehensive cross-check of all systems to ensure no damage was caused by the storm,” DuPont Fabros’s Davis said.