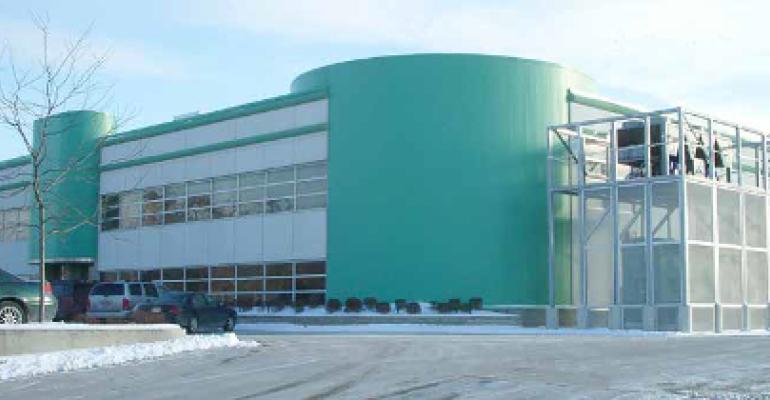 Cosentry&#8217;s Milwaukee data center &#8212; a facility the company added to its portfolio through acquisition of service provider Red Anvil in 2013 (Photo: Cosentry)
Colocation

TierPoint has acquired Cosentry in a deal that will add nine data centers to the data center provider’s rapidly growing portfolio.

TierPoint, which targets secondary US data center markets, has been expanding primarily through acquisition. Its biggest move last year was the $575 million acquisition of the entire data center services business of the telecom Windstream.

The deal is also an example of a strategic change in TierPoint's acquisitions. Its early acquisitions focused on pure-play colocation companies, Philbert Shih, managing director at Structure Research, said. Cosentry, after acquiring the hosting business of Xiolink in 2014, has a mix of services that includes managed cloud, which is "an area that TierPoint has not yet entered but is likely to be working on."

Omaha-based Cosentry’s data centers are in several markets throughout the Midwest, including Omaha; St. Louis; Kansas City, Missouri; Kansas City, Kansas; Sioux Falls, and Milwaukee. Terms of the deal were not disclosed.

Once the acquisition is closed, Cosentry will operate as a subsidiary under the TierPoint brand, TierPoint said in a statement. Its current owner, private equity firm TA Associates, will become a major investor in TierPoint.

Jerry Kent, TierPoint chairman and CEO, said the move would create economies of scale and give the company access to “additional financial firepower” of TA.

TierPoint’s current phase of expansion started after the company was acquired by a group of investors that included its top management in 2014. It was founded in 2010 as Cequel Data Centers, using assets by data center provider Colo4, which it acquired. It then acquired another data center provider called TierPoint and took its name.

This article has been updated with comments from Philbert Shih of Structure Research.