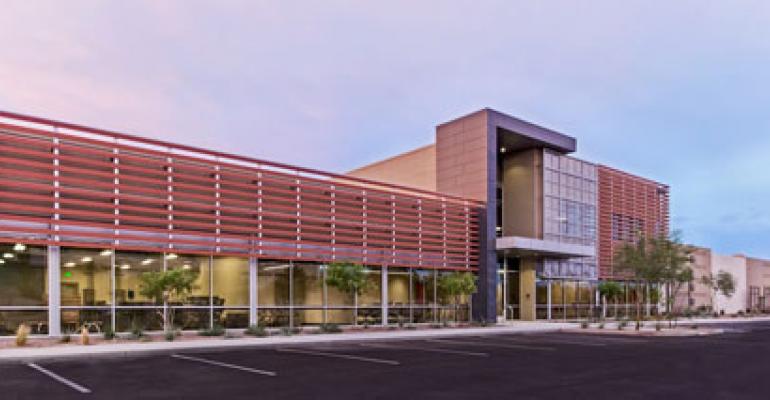 H5 Data Centers has expanded into the Phoenix market, the most popular disaster recovery location for companies that keep their primary data center capacity in California, acquiring NextFort, which operates a data center in Chandler.

There are also several major web company data centers in the area, such as eBay and PayPal. Apple is converting a 1.3-million-square-foot former manufacturing plant in nearby Mesa into a data center.

“You don’t have to sell people on the idea of Phoenix,” he said, explaining the Denver-based data center provider’s reasoning for buying the data center company in the Phoenix suburbs. “It’ already an established data center market.”

In addition to the demand, the market has relatively low energy rates – Dunn expects H5 to pay less than 7 cents per kWh – and low risk of natural disaster. The State of Arizona also offers tax incentives for data center operators.

The data center’s existing customer base is comprised of a variety of enterprises and providers of web services, as well as some bitcoin mining companies. Dunn declined to mention any specific customer names.

NextFort has shared at least one customer’s name publicly. In 2014, it announced that Gray Matter Industries, a provider of hosting services for bitcoin mining, had taken some space in the facility. It’s unclear whether Gray Matter is still a customer.