Threat largely ignored. The second half of the interview about the threat of attack on the national grid with journalist Ted Koppel

This is an article by our sister site The Energy Times. Because grid security and reliability are matters of life and death for the data center industry, we’re posting it here for our readers.

EDITOR’S NOTE: This the second part of our two-part interview with Ted Koppel, one of the most prominent journalists in America and the author of the new book "Lights Out." The previous excerpt of our conversation: “Presidential Candidates Must Address Grid Security.” The entire interview will be aired in the opening segment of an upcoming Energy Times webcast, “The Grid Cyberthreat – Are We Prepared?”

ENERGY TIMES: Of all the topics and you could tackle as a senior journalist, why did you pick the cyberthreat to the electric power grid?

KOPPEL: First of all, because the number of senior administration people who were issuing warnings about it was significant - including the president, his former defense secretary and his former secretary of homeland security, Janet Napolitano. They were all warning about the danger of the cyber-attack on the power grid. What really caught my attention is that no one was really focusing on this – including my colleagues in the media. There just wasn’t a whole lot of coverage. If indeed the danger of this is great as the senior leaders were saying, the question that really caught my interest is I wonder what the government is doing about it. Is it possible to defend against this kind of an attack? If the answer is no, and the attack is likely to happen, what preparations are being made to protect the American public against the consequences of something that, after all, could involve tens of millions of people over a very extended period of time? 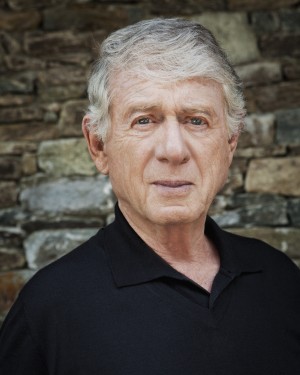 ENERGY TIMES: You quote some officials as saying they believe an attack of this nature is probable. Do you agree?

KOPPEL: It’s really not up to me to agree or disagree. You’re a reporter also. What we do is we go to the best sources we can find, and we ask our questions, and then on the basis of the answers that we get, and on the basis of the sort of overlapping confirmation that there is between and among experts, we draw our own conclusions. I conducted about 60 interviews on the subject, and talking to the best experts I could find within the industry, within the intelligence community, the military and current and former leaders. The conclusion that I came to was that while there is not unanimity, the preponderance of expertise points in the direction of something like this not only being possible, but likely.

ENERGY TIMES: Did you have any in depth talks with senior utility executives?

KOPPEL: I did speak to a very senior electric company executive but I promised him that I would maintain his anonymity. People in the industry can probably figure out that it’s only possibly one of a handful of people. He is one of the people who participates in the White House conference that takes place three times a year on precisely this subject.

ENERGY TIMES: Does the utility industry or government have the primary responsibility of safeguarding the grid?

KOPPEL: Look, it’s obviously a shared responsibility. But the industry has been very resistant to any kind of return to a federal regulation of the industry. I don’t know to what degree you’re familiar with the relationship between the Federal Energy Regulatory Commission and the North American Electric Reliability Corp. The federal agency cannot simply impose on the industry regulations that it believes are essential to protect the grid. It can only propose them to the industry, or to the industry’s representative, through NERC. The NERC membership has to vote on whether or not they’re going to accept this regulation. And unless there is a two-thirds majority, they don’t accept it. It’s a sort of bizarre situation when you think about the security of the nation being at risk. I can’t think of any more critical utility in the nation than the electric power grid. Everything else - communications, transportation or the banking system – are all helpless without electricity. The fact that the power grid is vulnerable should be an enormous national concern. But the federal government does not have the authority to impose regulations on the electric power industry. It is a vulnerability. It’s a problem.

ENERGY TIMES: One of the paths to secure the grid is the dissemination of distributed generation, microgrids and energy storage. What’s your feeling about that?

KOPPEL: It absolutely is an answer. Microgrids tend to be more in rural areas. I don’t know to what degree microgrids could take care of a market like New York City, Chicago or Los Angeles. But that’s only a tiny part of the problem. The bigger part of the problem is if the decision were made tomorrow to do this, and if the power industry were to agree to it unanimously, it would still take years to implement something like this. This is not something that’s going to provide a quick fix.

ENERGY TIMES: You talk about how survivalists are coping with the potential collapse of the grid. Do you think individuals should be stockpiling food? It seems like that wouldn’t really address this at all.

KOPPEL: Well I don’t know what you think would address it if that wouldn’t. To answer your question – yes, I think those who can afford it and who have the space should. Obviously apartment dwellers in the big cities are going to have a hard time finding room for three or four months’ supply of food. But in the absence of any plan by the federal government, what alternative is there to individuals preparing for their own protection? If the power goes out and there is no huge federal supply of food… New York state has only about 25 million MRE’s – meals ready to eat. The City of New York has a population of 8 million. That’s a three-day supply for the City of New York. Then what do you do? And if neither the state nor the federal government has taken action to prepare for this kind of an incident, what alternative do you see to individuals taking measures to protect themselves?

ENERGY TIMES: So have you done anything personally along these lines?

KOPPEL: Along the lines of buying freeze dried food? Yes. I have.

This first ran at http://tdworld.com/news/power-grid-vulnerability-imperils-national-security