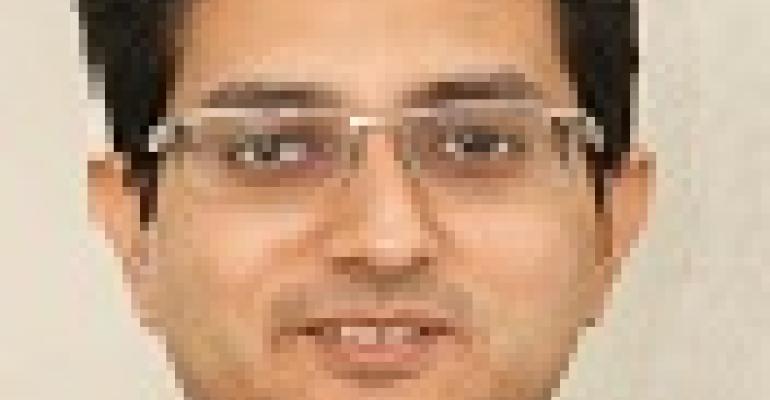 Et Tu, DevOps? How to Embrace DevOps and Evolve Your Data Center

The CDE is responsible for iterating the infrastructure based on the learning it develops, and for baking in those best practices for increased automation, reduced complexity and better business agility.

Aater Suleman is CEO of Flux7.

As data center professionals strategize their move to the cloud, they face technical and philosophical questions that will shape their futures. The move to modernize and implement DevOps practices may sometimes feels like a self-defeating prophecy as traditional IT organizations struggle to gain the knowledge needed to manage the cloud-based elements of their infrastructure.

The team’s programming and knowledge of agile development practices may be lacking, and they may be accustomed to performing traditional IT setups with no infrastructure as code. More than that, there may simply be resistance to change.

However, the path ahead is not as murky as it once may have seemed, and the end result promises great rewards.

For many, this path starts with a “no.” This “no” is often said by procurement to IT for an equipment request which in turns leads to IT propagating another “no” to the development team. It may lead to shadow IT or, if handled correctly, an unprecedented opportunity to pursue a legitimate infrastructure as code project on a cloud platform. This initial proof of concept is critical; stakeholders and skeptics are watching, and success or failure can put you on divergent paths. It is critical to use a startup mentality of building a minimal viable product (MVP) required to prove the business value. The project must either show a quantifiable reduction in time to market, a business continuity plan, or improved service to internal or external customers. A focused project such as disaster recovery, or a web CMS may be what is needed to start rolling toward your longer-term goals.

Doing it right the first time, that is, establishing a best practices-based infrastructure, is also key to gaining business support for your initiative. It is important to articulate and demonstrate the value, e.g., reuse of that work later in the form of templates, an established self-service catalog, and an agile project management process. Building templates and one-click buttons on dashboards properly the first time with approval from InfoSec, IT and CTOs means that efficiencies later can be achieved by avoiding a time-consuming and often cumbersome verification process.

To this point, often third-party experts are brought in to supplement the knowledge of the internal team, speed up the proof of concept and demonstrate a successful effort. Enterprises may be rich with network engineers, sys admins and specialized developers, but too lean with regard to cloud knowledge or newer technologies like containers. The resulting infrastructure is the first step toward self-driven, or autonomic IT and a jumpstart that propels organizations months or years ahead.

A Bend in the Road

Here’s where it gets complicated, though. The car has been built, but you need to know how to drive it. The whole point of DevOps is to achieve efficiency and reduce dependencies, enabling companies to scale quickly. But DevOps is not merely a bunch of toolsets; tools only enable the possibility of higher efficiency, but the tool change is only realized if the ways of doing things are modified to leverage the tools.

Two examples demonstrate this effect. First, as Dr. Eliyahu Goldratt, author of The Goal points out, if people had not embraced analytical decision making at a faster frequency, using computers to maintain and crunch business data quicker in an ERP would not have paid off. Second, had people continued to stay within walking distances of their homes even after automobiles became ubiquitous, the metropolises that we currrently have would not have been built. DevOps is very similar in nature where a gradual change in the way of doing things is required.

Build Your Own Service Center

Establishing an internal service center for DevOps excellence (CDE) is the solution to long-term agility. Starting with a small, well-fitting team of internal evangelists is optimal - never look outside to fill a DevOps position as instilling change requires a deep understanding of current processes and the confidence of stakeholders. Successful organizations train in-house with coaching from qualified experts who will let you take the training wheels off at your own pace.

The final goal is to publicize the lessons and successes of the CDE to drive change at broader scale. Over time, the CDE steers IT services organizations to establish “self-driving” IT to meet the needs of its various constituencies within the company. It helps to create alignment among IT, development, and business and train these groups on the best practices established during the POC and training. This group is responsible for iterating the infrastructure based on the learning it develops, and for baking in those best practices for increased automation, reduced complexity and better business agility.

In Data Center Trade Secret Lawsuits, “Known in the Industry” Is a Weak Defense
Mar 29, 2021