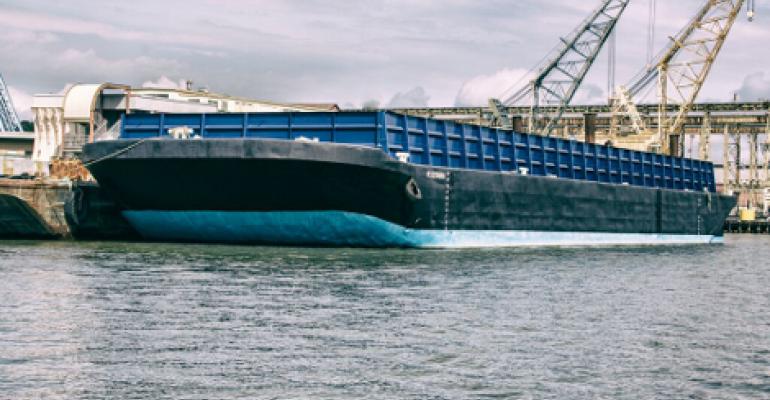 Who May Use the World’s First Floating Data Center?

After they get over the initial “huh?” when they hear about the idea of building a data center on a floating barge, infrastructure execs for big companies usually want to know how Nautilus Data Technologies achieves the kind of energy efficiency it claims its floating data center offers, Kirk Horton, the startup’s VP of sales and marketing, said.

“That whole water factor completely evaporates once the client comes onto the construction site,” he said. “They see this massive 230-foot barge, and the whole notion of this being on water is out of their mind.”

Nautilus came out of stealth earlier this year, announcing its plan to build an 8 MW floating colocation data center, promising high energy efficiency, competitive pricing, and, due to its unusual approach to real estate, mobility and higher security than data centers on land. The company has completed a smaller proof of concept, has raised $25 million in private equity, and is now building its first commercial facility in a US Navy port on Mare Island, a peninsula in Vallejo, California, about 20 miles northeast of San Francisco.

Nautilus staff have taken many IT execs on tours of the prototype and the construction site on the barge, the company's execs said. While they weren’t at liberty to name all the organizations who were interested in the project, those who participated in the proof of concept include Silicon Valley’s A10 Networks and Applied Materials, as well as the US Navy itself, according to Horton.

Like many other federal agencies, the Navy is in data center consolidation mode and actively looking for alternatives for its massive data center fleet. The department had more than 200 data centers around 2013, when it started its consolidation efforts.

Last year, it set a goal of reducing the number of its data centers to 20 or fewer and outsourcing 75 percent of its data center needs to commercial providers, according to a conference presentation earlier this year by John Pope, director of the Navy’s current Data Center and Application Optimization program.

The reason the department has so many data centers is that it has traditionally built them to support warfighter operations wherever they are, according to Pope’s slides. “Warfighters require world-wide, secure, reliable, and timely information,” one of the slides read. “Multiple independent data centers grew up organically to support the warfighter.”

One of the reasons the Navy may be interested in floating data centers is their mobility. A Nautilus data center can be deployed in any port that meets the security, power, and network connectivity requirements and moved elsewhere when it is no longer required.

In the public sector, there’s demand for the ability to deploy data center capacity in places where it’s not easy to build brick-and-mortar facilities. One example would be so-called “edge” locations, where the amount of people connected to the internet is growing and content and service providers need data center capacity close to those locations to serve new growing markets, Horton said.

Magcale said he expects to commission the company’s first floating data center, being built atop a vessel named Eli M, after his mother, in the first quarter of 2016. Once completed, the barge will be moved to another location on the West Coast, which the execs also could not disclose.

Nautilus claims its facility will use up to 50 percent less energy than a traditional data center of comparable size. The energy savings will come from its patent-pending data center infrastructure management software and a cooling system that uses sea water, a feature that will be especially welcome in drought-ridden California.