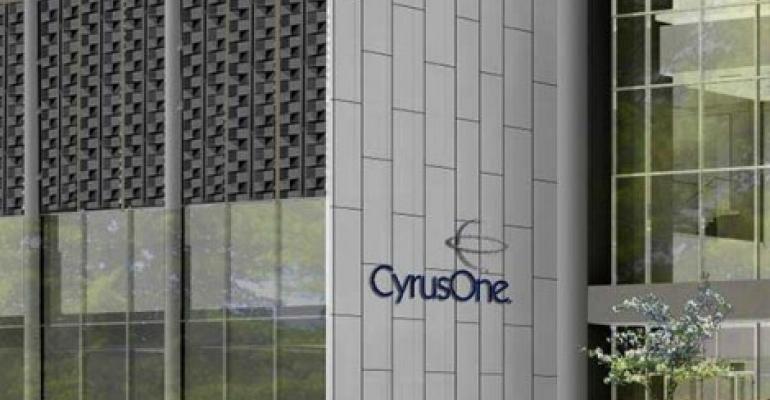 For CyrusOne, the data center business is no longer about selling traditional retail or wholesale data center space. Things are a lot more nuanced than they were in the past.

“No customers come to us and ask to purchase our retail or wholesale product,” Gary Wojtaszek, the Carrollton, Texas-based data center provider’s CEO, said on the company’s third-quarter earnings call this week. “Rather, customers' infrastructure purchasing decisions are based around the applications they are managing, which have very specific requirements.”

The increasingly sophisticated data center customer that demands a wider variety of services from their data center provider is a recurring theme today. Companies want a variety of power densities, network connectivity, managed services, and direct links to public cloud infrastructure, and they don’t want to have to sign multiple contracts with multiple service providers for all those things. More and more, they look to their data center provider for all of it.

What this means for the providers is a different revenue model. The deals start smaller in terms of space and power and cost more to deliver, but generate more revenue per kW or per square foot of data center space. They also make for “stickier” relationships with customers, who become reliant on the provider for all of their infrastructure needs.

“Over the past eight quarters, the majority of our new leases are from full-service customers based on the volume of leases,” Wojtaszek said.

CyrusOne reported a strong third quarter overall, as did other data center real estate investment trusts. The current US multi-tenant data center market is characterized by high demand and supply volume that ensures prices don’t fluctuate significantly. Companies are leasing out existing capacity and expanding across all major regions.

CyrusOne leased close to 5 MW and 30,000 square feet of data center space during the quarter, representing about $13 million in annual revenue.

The company has had a particularly successful year in Northern Virginia – one of the world’s largest and most active data center markets. It commissioned Phase One of its first Sterling, Virginia, data center in the first quarter, and by the end of the second quarter the data hall was “essentially sold out,” Wojtaszek said.

CyrusOne commissioned a second data hall, about 37,000 square feet in size, during the third quarter. It has also started construction of the second phase in Virginia and has already pre-leased about 10 percent of it, according to the CEO.

While it has traditionally been an active market, Northern Virginia saw a burst of activity recently. Wholesale data center provider DuPont Fabros Technology recently leased out about 20 MW of capacity in the region. Both Equinix and Digital Realty Trust announced huge expansion projects in the market.

But CyrusOne’s biggest recent expansion was its acquisition of data center provider Cervalis earlier this year. The deal gave it instant presence in the New York market – comparable in size to Northern Virginia – with four data centers.

In addition to geographic expansion, the deal added a substantial new source of revenue for CyrusOne and diversified its customer base. In its native Texas, CyrusOne has made lots of inroads in the oil-and-gas industry, and the Cervalis acquisition substantially increased its business with financial services companies. “The acquisition more than doubles our presence in the key financial services vertical,” Wojtaszek said.

CyrusOne has been putting a lot more emphasis on interconnection products recently, and the strategy has been paying off. Interconnection revenue grew about 30 percent year over year. It now accounts for five percent of the company’s total revenue.

“We expect that, as the enterprises become more familiar with an outsourced network model, similar to their acceptance of the outsourced data center model, that they look to take advantage of the lower cost afforded by an internet-based network topology,” Wojtaszek said. “This product (interconnection) should continue to grow faster than our base business.”