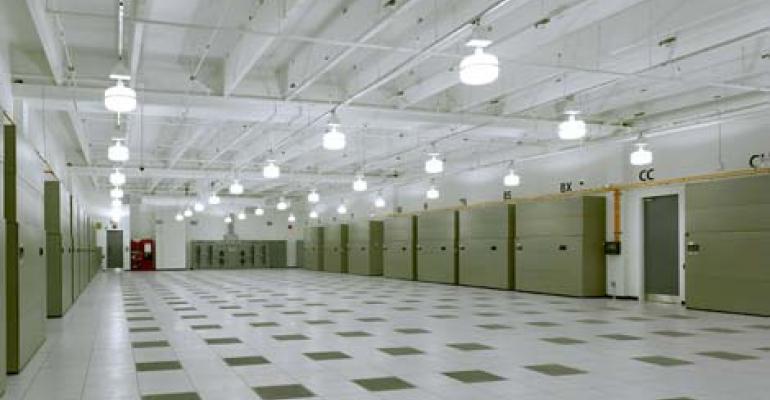 A look inside a data center pod at the DuPont Fabros ACC4 data center in Ashburn, Virginia (2010)
Colocation

Anexio leases will generate $0.085 per kW annually for the landlord, compared to $0.16 per kW that was generated by Net leases, DuPont CFO James Foster said on the call. “Given that Net's leases were well above market, the base rent on the new leases decreased 34 percent per kW month on a cash basis and 18 percent per kW per month on a GAAP basis,” he said.

Anexio leased about 2 MW less capacity, taking about 4 MW across the three facilities in Virginia and one in New Jersey.

Prior to the Anexio deal, DuPont had a revenue-sharing agreement with Net, which could not continue paying rent. The data center provider has been receiving more than 80 percent of all revenue from Net customers in its facilities through the agreement, making $3.6 million by the time the Anexio deal closed and the agreement ended.

Andrew Power, CFO of Net’s other big data center landlord in California, Digital Realty Trust, said Digital was “on the cusp of a happy ending to the Net Data Centers bankruptcy.”

Net, he said on Digital’s third-quarter earnings call last week, has chosen to assume all of its leases at Digital’s downtown Los Angeles and El Segundo with no changes to rental rates. Net has been current with Digital on its obligations made after its bankruptcy petition.

The tenant still owes Digital $1 million in pre-petition rent, which the landlord expects to collect this quarter.