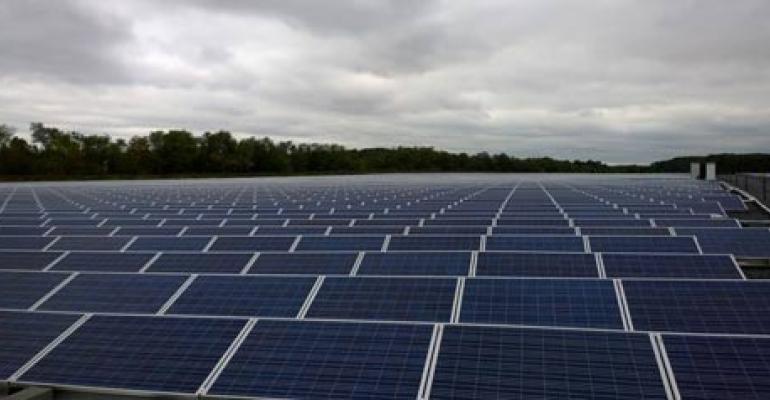 Some of the more than 57,000 solar panels at the QTS Princeton data center campus. (Photo: Rich Miller)
Business

Integration on track, but it will not be painless for some Carpathia customers

As far as data center REITs go, QTS Realty Trust has devised an atypical business model. It has its own Infrastructure-as-a-Service cloud business, retail colocation, and a more wholesale-oriented offering.

The company diversified its list of services further by making one of the year’s biggest acquisitions in the data center industry when it bought managed hosting provider Carpathia Hosting for $326 million, adding a substantial managed hosting capability and 230 new customers, many of them US government agencies. Speaking of government agencies, QTS also has a federal government cloud business hosted in dedicated physical space in Richmond and in the Atlanta metro.

This week QTS made its first earnings report for a full quarter after closing the Carpathia acquisition. Carpathia results integrated, the company’s third-quarter revenue was about $89 million – up more than 50 percent year over year – and its net income was $8.2 million – up from $4 million it made in the third quarter of 2014.

Carpathia Integration on Track but not Painless

Integration of Carpathia into QTS, overseen by a project management office created specifically for this purpose and an outside consultant, is on track, QTS CEO Chad Williams said on a call with analysts Wednesday morning, adding that he expects Carpathia and QTS “to be fully operating as one company by early 2016.”

It plans to start moving those customers early next year and expects to see a higher-than-usual customer churn rate as a result, Williams said.

“The integration of the sales team is progressing well,” he said.

After the Carpathia deal, QTS is able to pitch a different solution to CIOs, since it now has a broader list of services and can offer a fuller hybrid IT offering. “We’re in different, higher-level-type discussions with customers,” QTS COO Dan Bennewitz said on the call.

While QTS did not see a big quarter in terms of new wholesale leases, it reported higher revenue per square foot for some existing customer footprint.

One customer renewed a lease and as part of the renewal increased its power density requirements within the same space, Bennewitz said. Another customer asked for more power mid-lease. The latter company, whose name was not disclosed, is one of QTS’s biggest tenants, leasing 19 MW of capacity.

Another factor that’s driving up revenue per square foot is availability of colocation, cloud, and managed services, according to QTS executives. Customer are taking more cloud services, and there is a larger volume of smaller retail-colocation deals, Williams said.

QTS is continuing to expand its data center capacity across multiple US markets and now has a bigger war chest to fund that expansion. The company announced Tuesday it has raised an additional $250 million in debt from a syndicate of seventeen financial institutions.

It is expanding existing facilities in the Atlanta, Dallas, New Jersey, Virginia, Silicon Valley, and Sacramento markets and building out its first data center in Chicago. It is converting a former Sun-Times newspaper printing plant in the city it acquired in 2014 into a data center.

QTS expects to bring the Chicago data center online in the middle of next year, Bennewitz said.