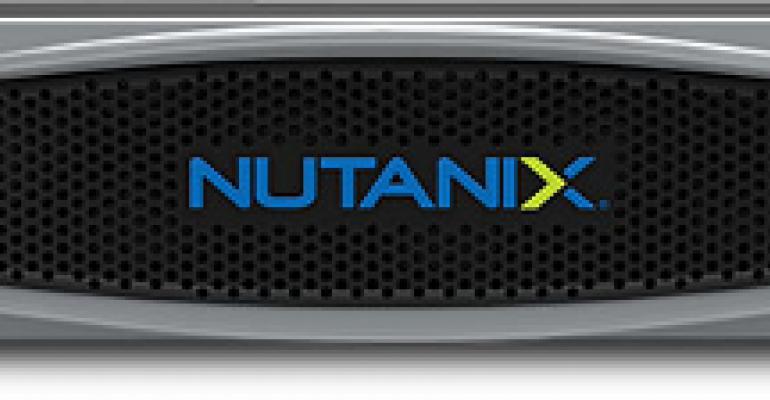 Nutanix, one of the biggest names in converged infrastructure – a category of preconfigured full-package IT solutions that are easy and quick to deploy in a data center – has validated Cumulus Linux, a Linux-based network operating system by the startup Cumulus Networks, as compatible with Nutanix Acropolis, the software layer that ties the physical infrastructure together into a unified scale-out fabric.

This means users can use a Nutanix infrastructure together with any of the 31 networking platforms on Cumulus’s hardware compatibility list, including switches by Dell, Edge-core, HP, Penguin, Quanta (QCT), Agema, and Supermicro. The thrust of Cumulus has been to bring an open network OS that is easy to use for IT staff already familiar with Linux and that can be deployed on a variety of hardware platforms in contrast to closed, tightly integrated switching solutions from Cisco and other “incumbent” vendors.

Most of those incumbent vendors, including Dell, HP, and Juniper, have changed their stance recently, embracing network software that’s not their own for some of their switch product lines. Cisco, the biggest of them all, has not.

Acropolis has advanced virtual networking capabilities, enabling users to set up virtual networks and switches on top of the physical infrastructure.

Market analysts at Gartner consider Nutanix to have the most complete vision in the converged infrastructure space. Other leaders are Cisco, EMC, Oracle, NetApp, and HP.

Nutanix’s ability to execute on its vision is ranked lower than Cisco’s, Oracle’s, and EMC’s, but higher than NetApp’s and HPs, according to Gartner’s latest Magic Quadrant for the market segment.

Clinic in Perth Does Away With Fibre Channel SAN

In its announcement, Cumulus highlighted a deployment of Nutanix’s converged infrastructure with Cumulus Linux by Perth Radiological Clinic in Australia. The clinic deployed the infrastructure at a centralized data center to host medical images clinicians take at 15 sites around the city. The images are accessible by all authorized viewers, regardless of where they are.

“Before we embarked on this project, none of us wanted to learn a new switching model,” George Hewitt, infrastructure and development manager at the clinic, said in a statement. “We just wanted solid, reliable Ethernet that we could grow as the network required. With Cumulus Linux, we were able to move away from a Fibre Channel/SAN framework to a more modern way of supporting our business growth.”