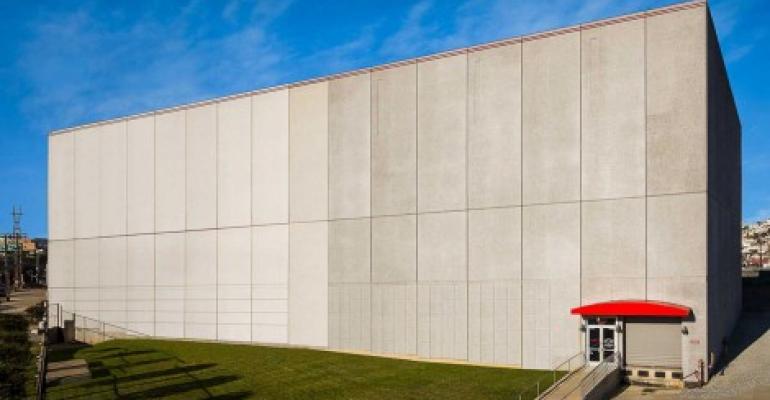 While the shortage of housing in San Francisco and its exorbitant residential and commercial real estate rates are well documented, the city’s tight supply of new data center space and power capacity is a more hidden issue. Like in Manhattan or the City of London, there is demand for built-out data center space in San Francisco proper, but it's difficult to get permits, buy real estate, and get enough power provisioned to a site for a new data center build.

Now, for the first time in many years, a large data center building in San Francisco is up for sale. Marketed by the broker Wired Real Estate Group, the building has enough switchgear installed to support 10 MW, and up to 16 MW is available in the building from PG&E, the local utility, according to the website that markets the property at 1828 Egbert Ave. as a data center.

While WiredRE claims the building is for sale as a data center for the first time in years, its owners have been trying to at least lease space in it for data center use for a long time. Cardiff Mason Development started seeking data center tenants there in 2007. The developer wanted to lease it on a wholesale basis, where the tenant would pay for real estate and some basic power infrastructure and build out their data center space and supporting power and cooling systems on their own. The lease option is on the table today as well.

It was originally built to support telecommunications companies. A company called Teleglobe leased two floors there in 2001 but went bankrupt soon after, shuttering its data centers, Data Center Knowledge reported eight years ago. The facility has since been used for a variety of purposes, including a commercial storage business called Self Storage 1.

The building is close to 200 Paul, one of the most important data center and interconnection hubs in the city and on the West Coast. Owned by San Francisco-based Digital Realty Trust, 200 Paul houses infrastructure for the cloud provider DigitalOcean, web host UnitedLayer, telco XO Communications, and many others.

A key tenant at 200 Paul is Telx, which operates a network meet-me room in the building. Digital Realty recently acquired Telx, gaining control of its interconnection business. The only other major San Francisco data center hub that’s close to 200 Paul in importance is Digital’s massive facility at 365 Main.