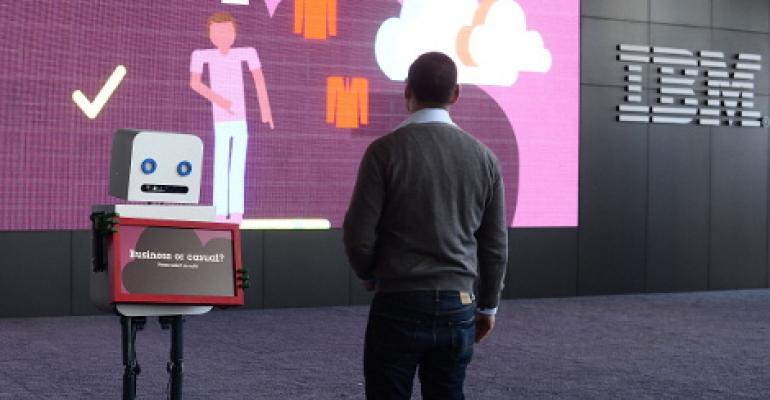 A worker interacts with a robot at the IBM stand at the 2014 CeBIT technology trade fair in Hanover, Germany. (Photo by Nigel Treblin/Getty Images)
Cloud

IBM claims its Bluemix PaaS is the world’s largest deployment of the open source PaaS software called Cloud Foundry, which came out of VMware but was later spun off as an independently managed open source project.

21Vianet, one of China’s largest data center providers, has had a lot of success helping US cloud services giants take their offerings to the Chinese market. It is the operator of Microsoft’s cloud services in the country, including Azure and Office 365 – a business arrangement that was recently expanded for additional four years – and has been providing managed cloud services on IBM’s behalf since last year.

IBM Bluemix provides a software-building environment for developers with many tools, including its flagship Big Data analytics and “cognitive computing” services called Watson. The point is to give developers an environment with tools they need while automating infrastructure management for their applications on the backend so they don’t have to worry about it.

This is a second announcement IBM has made this week of a major move to go after the developer market in Asia Pacific. Earlier this week it announced the launch of the first cloud region in India for SoftLayer, its Infrastructure-as-a-Service cloud, citing exploding growth in the country’s developer population.

China is the other big tech market in Asia Pacific. The country is home to 10 percent of all of the world’s developers, IBM said, citing statistics by the market research firm IDC.