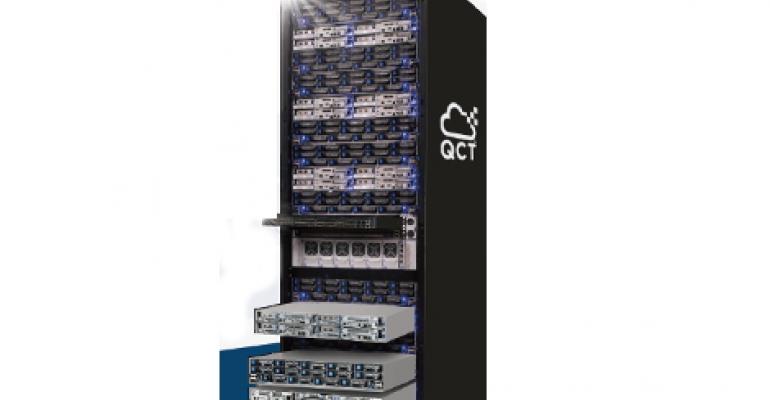 Partners with VMware, Microsoft, Mirantis, Canonical, among others, for cloud software stack

After years of building hardware for both major IT vendors and web-scale data center operators, such as Facebook, Quanta started its own off-the-shelf data center hardware business in 2012, using designs based on specs available through the Open Compute Project, Facebook’s open source hardware design initiative.

The new converged infrastructure solutions are configurable, based on customer requirements, Mike Yang, QCT general manager, said in an interview. Quanta is leveraging its hardware capabilities, earned by years of supplying hardware to web-scale data center customers, to provide custom-configured infrastructure with software the customer chooses.

The solutions are targeted primarily at customers who want to set up hybrid cloud infrastructure, using OpenStack distributions by Red Hat, Mirantis, or Canonical, or proprietary cloud technologies by Microsoft or VMware.

The converged infrastructure will come as a rack, with hardware in it configured to support the software stack, Yang said.

QCT has opened a new Cloud Solution Center in San Jose, California, to test and showcase its converged infrastructure solutions. This is the company’s second solution center. It opened the first one in Taiwan in April.